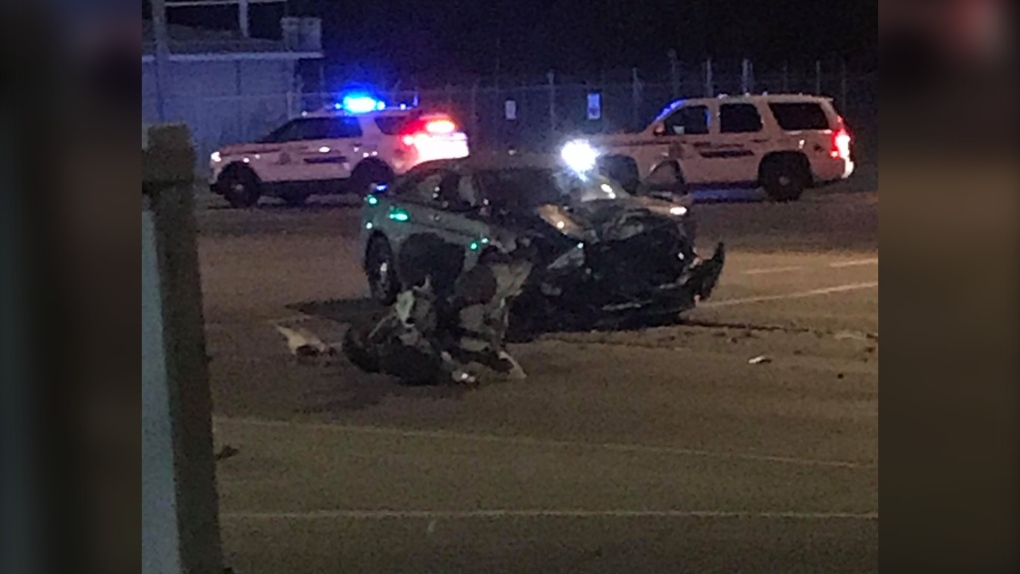 Police received reports of an ATV, motorcycle and car travelling erratically through Red Deer prior to the crash occurring at Taylor Drive and 67 Street. Sept. 9, 2019. (Courtesy Samson Frenette)

Red Deer RCMP are investigating following a collision between an ATV and an unmarked police vehicle just after midnight Tuesday.

The collision happened on Taylor Drive and 67 Street.

Police say there were reports of an ATV, motorcycle and car travelling erratically through Red Deer prior to the crash.

Police were trying to contain the situation and did not engage in any pursuits.

The driver of the ATV was transported to a hospital in Calgary by STARS air ambulance. Their condition is unknown.

The officer in the unmarked vehicle was taken to a local hospital and released shortly after.