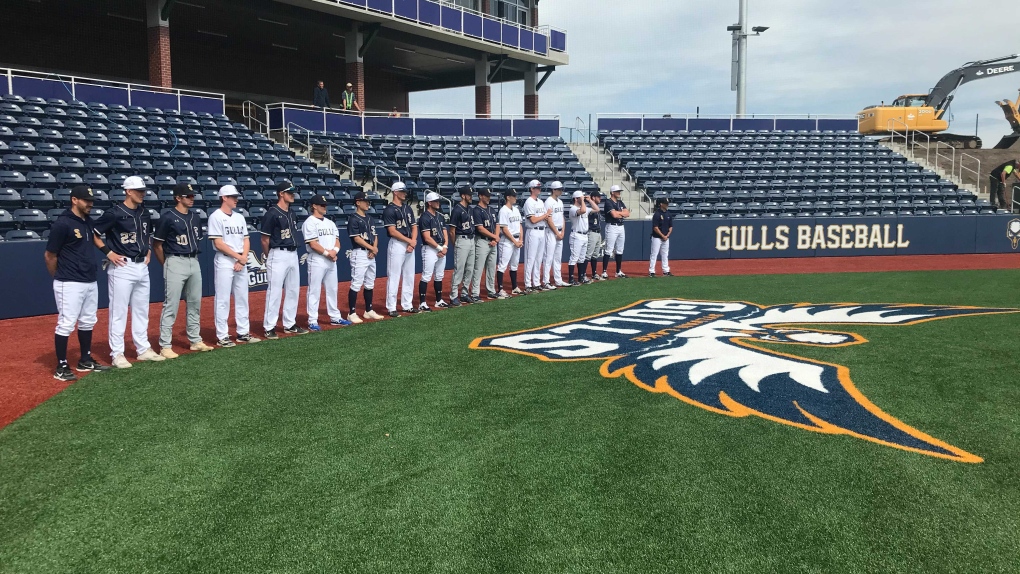 Sylvan Lake’s new baseball team is gearing up for its inaugural season in the Western Canadian Baseball League.

On Thursday, players for the Sylvan Lake Gulls had their first ever practice at their new stadium. General Manager and President of Baseball Operations Aqil Samuel said it’s been a difficult journey to get to this point.

“We launched our logo and our brand the day the pandemic started,” Samuel said.

“The ups and downs have just been unbelievable.”

The team faced stadium construction delays and there was an underlying fear that their inaugural season may be cancelled due to pandemic. But it wasn’t, and the team plays its first game of the season against the Edmonton Prospects on Friday.

“The year and a half has just flown and we can’t believe that we’re almost ready for baseball.”

The Gulls will be playing in a modified Canadian player only season. Originally, the team had 34 players signed, which included some American players, but now has 24 Canadian players on the roster.

“Obviously had to adjust a little bit based on the all-Canadian roster this summer, but I think it’s going to be a fun summer,” said Coach Jason Chatwood.

“It’s going to be very competitive.”

For Friday’s game, the stadium will be filled to a third of its current capacity as part of Stage 2 of the province’s reopening plan. Construction is still underway at the stadium.

“This year is really going to be a test to see if we can get to that point, but we’re committed and we’re going to keep going after it.”

Tickets sold out for Friday’s game in minutes. Samuel said it’s a good sign of what the future holds for the organization.

“We’re going to be here for years and years into the future,” he said.

“We want to be a part of this community for a long time.”