EDMONTON -- Police are looking for two people who attempted to steal a safe from the ATB in Czar, Alta.

They used what is believed to be an early 2000s silver or grey Dodge extended cab truck with a flat deck to get into the bank, and then tied a tow strap to the safe inside, police said.

Substantial damage was done to the front of the building because of the break-and-enter, but in the end no property was taken. 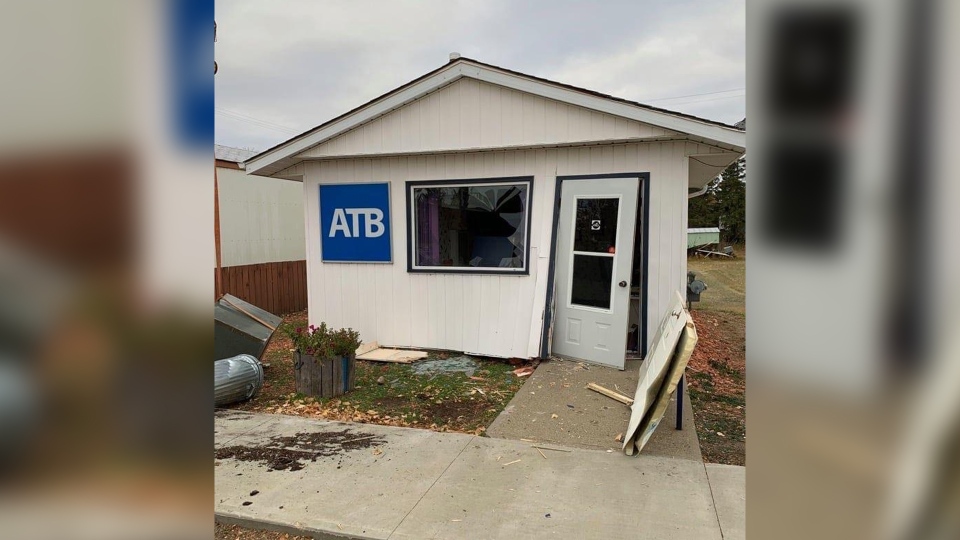 Given the extent of the damage, the village’s deputy mayor says ATB is thinking about closing the long-standing branch down, leaving the community’s nearly 200 residents and other in the area without a bank.

Czar is about 246 kilometres southeast of Edmonton.