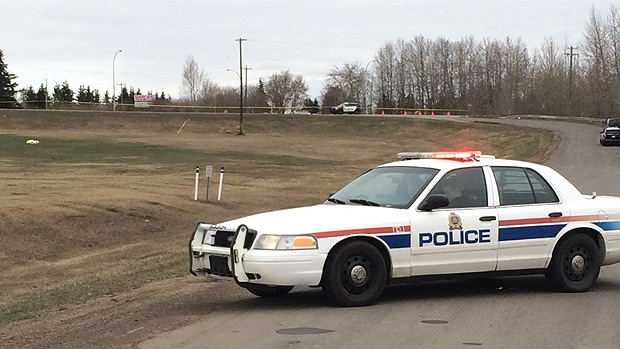 Edmonton police were called to the area of Stony Plain Road and Winterburn Road on April 10, 2016, after a man was found dead. (Chad Kruger/CTV News)

Police have charged a second man in the homicide of a Nova Scotia man in west Edmonton in 2016.

Maurice Laurence Joseph Schau, 34, was charged with manslaughter in connection with the death of Brad MacDonald, 37.

On September 10, 2016, Austin Southward, 26, turned himself in to police on Vancouver Island. Southward was wanted on a Canada-wide warrant for second-degree murder, possession of a dangerous weapon and robbery.

MacDonald’s body was found in the area of Stony Plain Road and Winterburn Road on April 10.

An autopsy confirmed he died as a result of blunt force trauma.