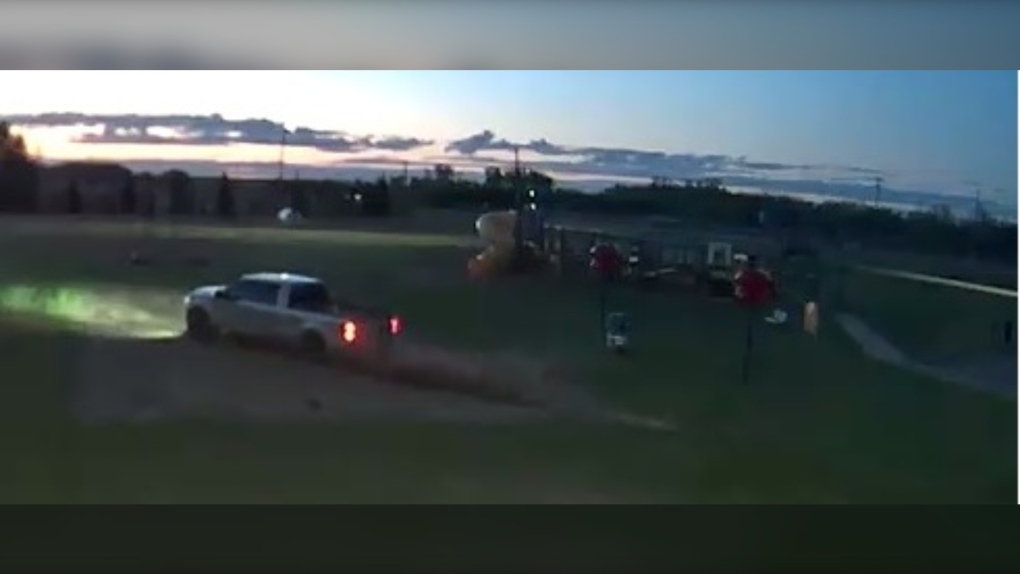 According to RCMP, a silver Ford F-150 was driven onto the Hill Crest Community School yard on Blumenort Road in La Crete, causing damage throughout the property, on May 29, 2020. (Photo provided)

EDMONTON -- Northern Alberta RCMP are investigating a series of crimes in which a thrift store, school and an assisted-living facility were targeted.

Thieves stole community donations from a shed at the Trading Post Thrift Shop in Fort Vermilion during the night of May 27. 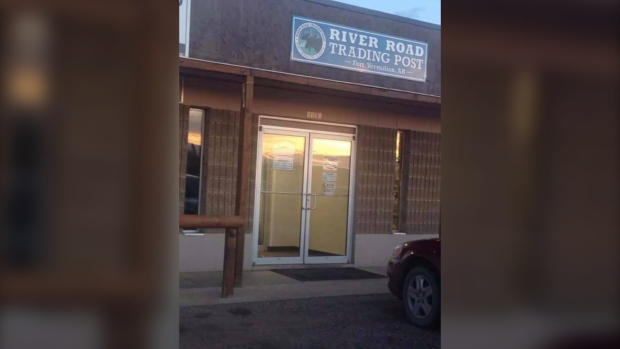 Two days later, a silver Ford F-150 was driven onto the Hill Crest Community School yard on Blumenort Road. According to police, damage was caused throughout the property and surveillance caught the vehicle being driven dangerously.

And on May 30, the Heimstaed Lodge Assisted Living Facility in La Crete was egged -- in protest of visiting restrictions at the home, staff believe although police did not specify.

"There are better way to express your frustrations, if indeed that is why this happened," RCMP Corp. Deanna Fontaine told CTV News Edmonton.

She added the residents and employees have been “feeling of unease… in place where they should feel safe.”

"This is a difficult time for everyone, and we would hope that you would express those concerns and frustrations in a more constructive way." 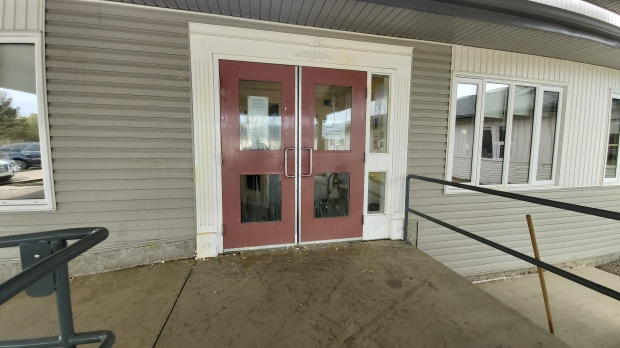 Police have not connected the crimes but are looking for information on all three.