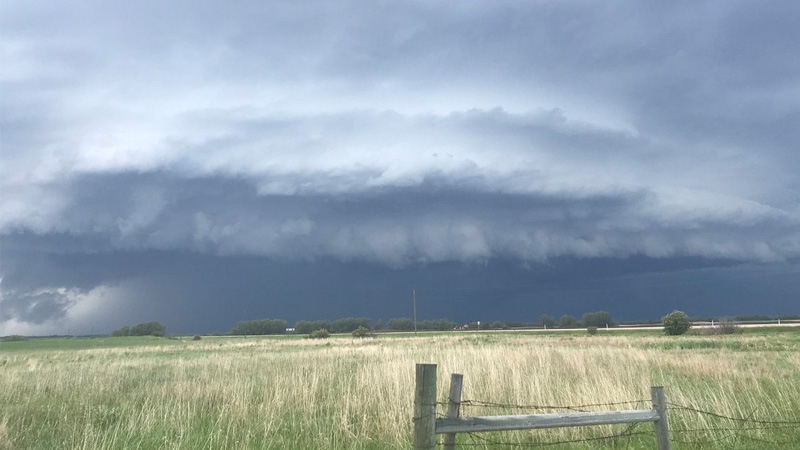 As of publication, watches were in place for Drayton Valley, Devon, Pigeon Lake, Leduc, Wetaskiwin and Tofield.

Edmonton and surrounding areas, including St. Albert, Spruce Grove, Mayerthorpe, and Fort Saskatchewan, were previously included in watches that were dropped around 4 p.m.

Areas east of Edmonton extending to Lloydminster and Vermilion were initially placed under severe thunderstorm warnings. By 4 p.m., those were downgraded to watches and then ultimately dropped later in the evening.

A watch means conditions are favourable for the development of storms or severe weather, whereas a warning is issued by Environment Canada once severe weather is either occurring or is very likely to occur.

According to the national weather agency, funnel cloud sightings should be treated seriously.

"Landspout tornadoes do not usually cause significant damage but can still be dangerous," Environment Canada added. "They can be strong enough to topple trees, damage roofs or toss debris short distances."

Those types of funnel clouds can be generated by rotation under strengthening thunderstorms, but are normally not a danger near the ground, Environment Canada says. If conditions are right, rotation can intensify to become a short-lived tornado.

On Wednesday, funnel clouds were spotted south of Edmonton .

To report severe weather or a potential funnel cloud sighting, send an email to Environment Canada at ABstorm@ec.gc.ca or tweet using #ABStorm.

The fatal film-set shooting of a cinematographer by actor Alec Baldwin last year was an accident, according to a determination made by New Mexico's Office of the Medical Investigator following the completion of an autopsy and a review of law enforcement reports.

The federal government needs to do more to help thousands of Afghans who assisted Canadian Forces but remain trapped in Afghanistan a year after the Taliban seized Kabul, aid groups and opposition parties say.