Contractors working on a streetscape project on 124 Street have uncovered a piece of Edmonton’s history.

While digging up the east side of 124 Street near 114 Avenue, a number of old wooden railway ties were found under the pavement.

The ties were likely part of the Edmonton Radial Railway, a streetcar service that ran from 1908 to 1951. 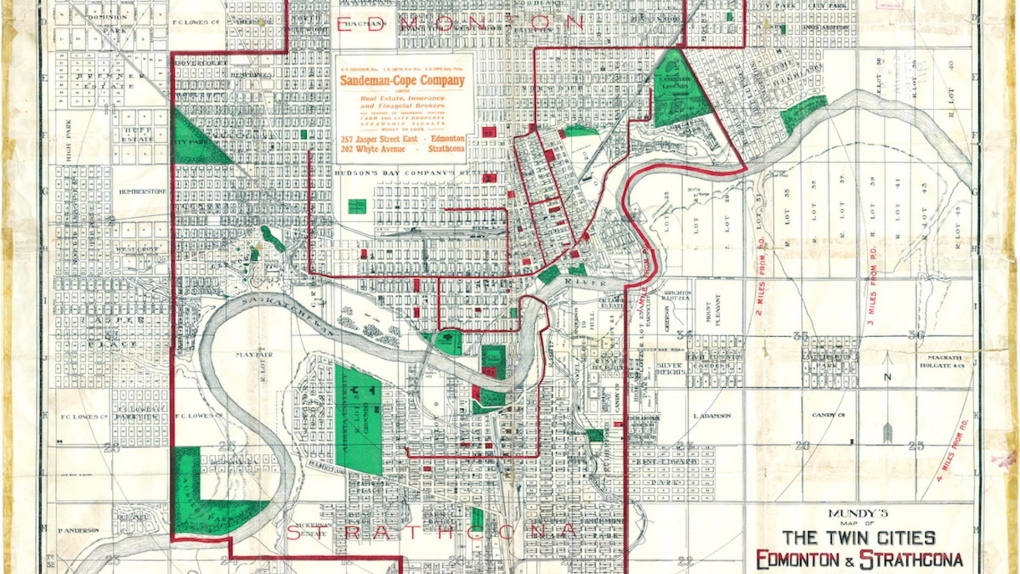 The Edmonton Radial Railway line is seen in red in this map of the cities of Edmonton and Strathcona. (Source: City of Edmonton Archives)

The ERR had lines running from Jasper Avenue, up 124 Street, and across the river to what was then the City of Strathcona.

Marlis Foth of the City of Edmonton says plans were already in the works to honour the railway as part of the streetscape project, and they now hope to incorporate the historic ties.

“There is going to be a theme around trolleys and the railway lines that used to go there historically, so some of those pieces you’ll see in the streetscape elements like the bike racks and the benches that will ultimately be out there.”

Construction on the streetscape is expected to be complete by the end of the 2023 construction season.

While the original line may be long gone, several of the ERR streetcars are still in operation in Edmonton. 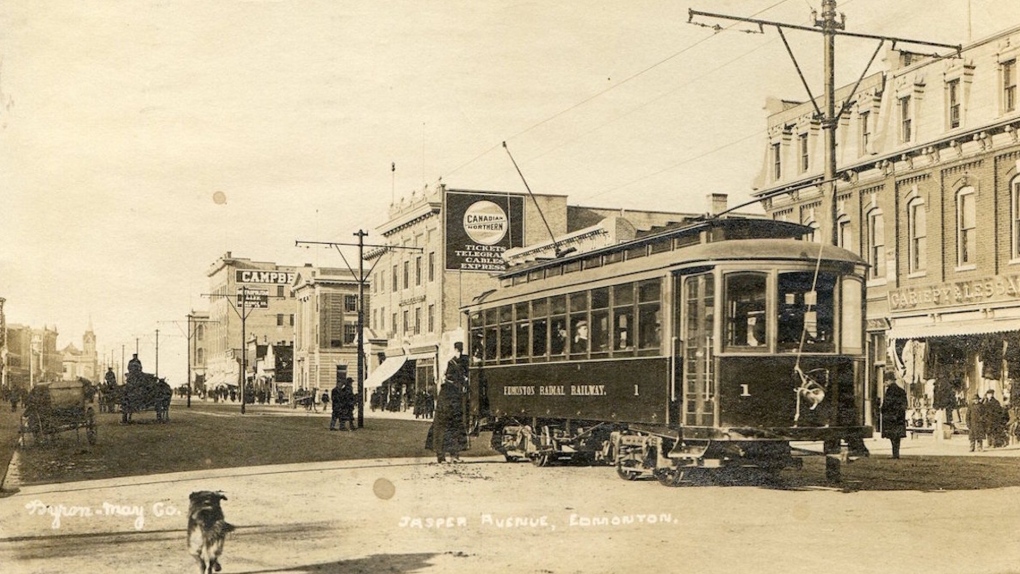 The Edmonton Radial Railway streetcar Edmonton 1, which is still in operation at Fort Edmonton Park, is seen on Jasper Avenue in this public domain photo from 1910.

Three of the original streetcars, which were built in 1908, 1912, and 1930, have been fixtures at Fort Edmonton Park for years.

A fourth streetcar, built in 1912, carries passengers over the High Level Bridge from May to October.

The streetcars were restored by the Edmonton Radial Railway Society, which operates the High Level Bridge Streetcar.