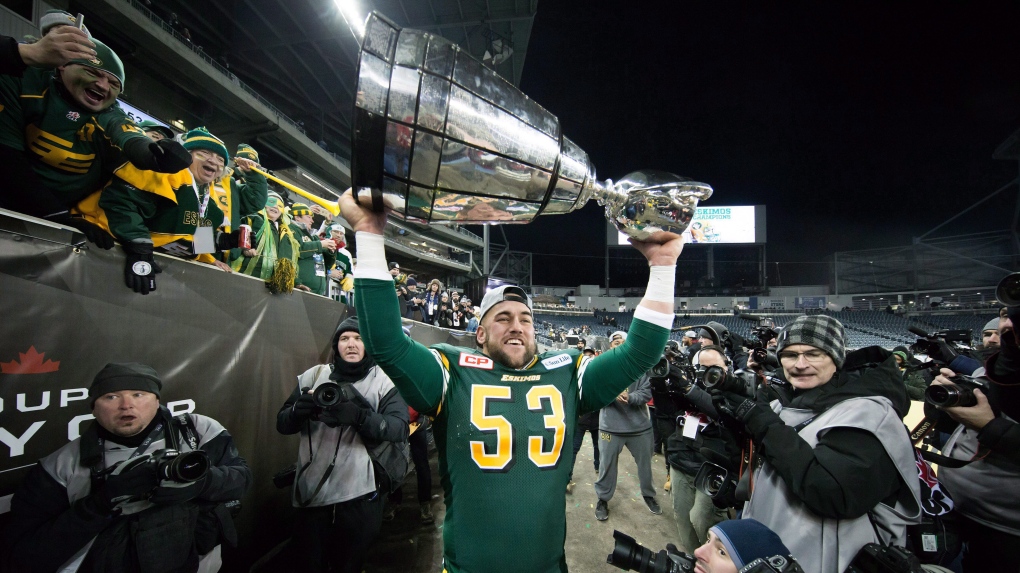 Edmonton's Ryan King is surrounded by photographers as he hoists the Grey Cup trophy after defeating the Ottawa Redblacks to win the 103rd Grey Cup in Winnipeg, Man., Sunday, Nov. 29, 2015. THE CANADIAN PRESS/Darryl Dyck

King, 35, was the team's long snapper on special teams.

“I want to thank the Edmonton Football Club for having the trust and support in me over the past eight seasons,” said King in a release. “I am forever grateful the memories and time we shared together.”

King was born in Edmonton and attended Bev Facey high school before playing junior football with the Edmonton Wildcats and college football at Saint Mary's.

He appeared in 122 CFL games, all of them with Edmonton, and was part of the club's 2015 Grey Cup winning team.