EDMONTON -- The widow of an officer posthumously awarded after he was killed in the line of duty wants to see the man shot alongside her husband recognized for his bravery, too.

The late Const. David Wynn will be given the governor general’s Medal of Bravery this year, a silver medallion awarded for courage shown in dangerous situations.

In 2015, the 42-year-old RCMP officer was shot in St. Albert’s Apex Casino while investigating a stolen truck. He died four days after the shooting in hospital. 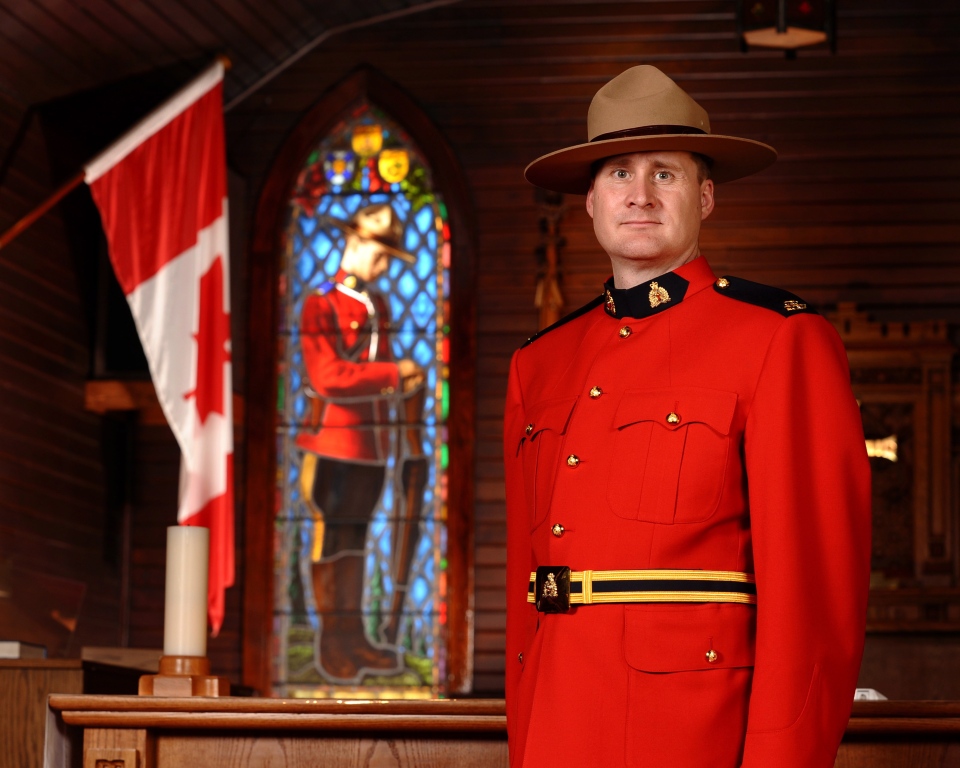 To hear this spring her husband would be honoured was bittersweet, Shelly MacInnis-Wynn said.

“I immediately asked about Derek,” she told CTV News Edmonton.

When MacInnis-Wynn’s husband attempted to arrest a suspected vehicle thief that January night, he was not alone.

Former auxiliary constable Derek Bond had been called in earlier to assist Wynn, and was shot first at close range.

The auxiliary constable is a volunteer position.

The bullet tore through Bond’s arm and chest just above his vest, and exited out his back. 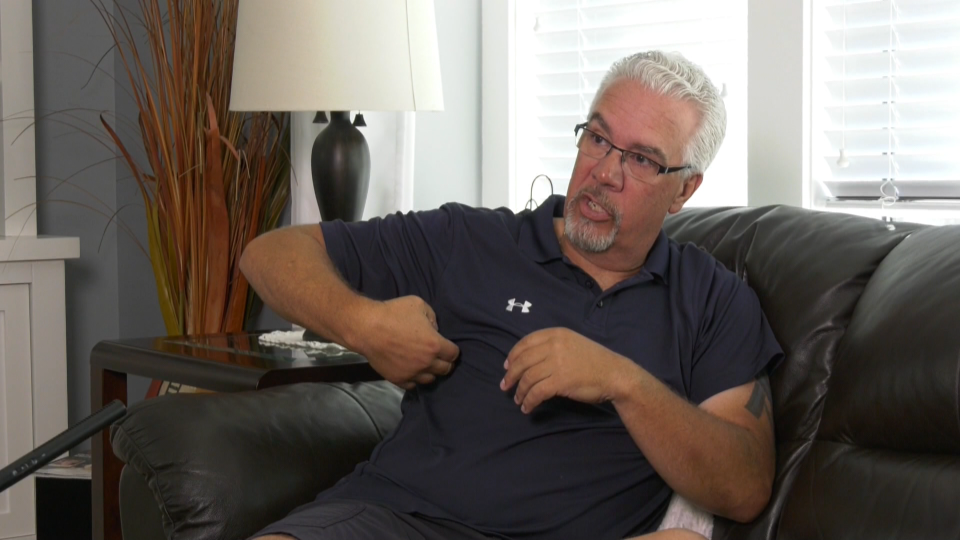 “Right from seeing the guy, to being shot laying on the floor, thinking, ‘I’m going to die,’” Bond recalled.

“When they say your life flashes in front of your eyes—it does. Because I thought he was going to look at me and see my eyes still open and I wasn’t dead, and he would put a round in me.”

Seconds later, he would watch as his partner and friend, Wynn, was shot in the head.

And years later, the killing still plagues him.

Post-traumatic stress disorder has forced Bond into early retirement and motivated a move away.

“It can be a minor, minor thing, like being in a big box store and constantly looking for emergency exits in case something happens,” he explained.

“Or too many people in there and you leave your basket full of groceries and just leave and walk out.”

“That’s something no one should have to live with,” MacInnis-Wynn says.

The governor general’s office told the widow Bond would receive a certificate of commendation, given to people, “who despite minimal risk to their lives, have made a significant contribution by providing assistance to another person in a selfless manner, or have actively participated in a rescue operation.”

In comparison, the governor general’s decorations for bravery recognize those who risked their life to save or protect someone else – but saving a life is not the most important criteria.

A paragraph on eligibility reads, “The degree of risk faced and persistence despite the risk are important in the evaluation. In addition, perception of risk is a factor – people who try to help, even though they know they might be severely injured or killed, display bravery of a very high order.”

“(Derek) was shot first, but Dave knew that (the suspect) had a gun and willingly went in, knowing that he had the weapon and still tried to take it away from him and to arrest him,” MacInnis Wynn said. “So that is why Dave is getting the Medal of Bravery and Derek is not.” 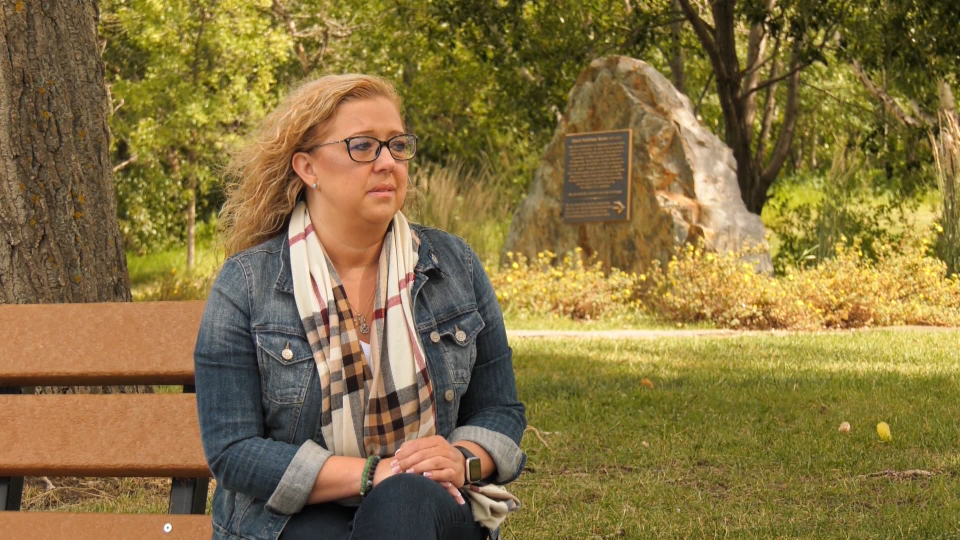 Neither she nor Bond agree that “minimal risk” is what Bond and Wynn faced that night.

Bond said: “I got six bullet holes in me. That says it wasn’t minimal.”

About 5,300 other people agree and have signed a petition by MacInnis-Wynn to see Bond honoured the same way her husband will be.

“Even entering the casino that night, as far as I’m concerned, was a brave thing for him to do because he was working as a volunteer. He was not working as a regular member,” MacInnis-Wynn said of the man who was the last person to see her husband alive.

“I have seen the video footage from the casino and I saw exactly what happened. Derek deserves to have that medal just as much as my husband does, if not more.”

The goal is to send 7,500 signatures to Governor General Julie Payette.

Shawn Rehn, the suspected car thief who is accused of killing Wynn, was out on bail in January 2015 while facing 15 charges. He died by suicide the same night. 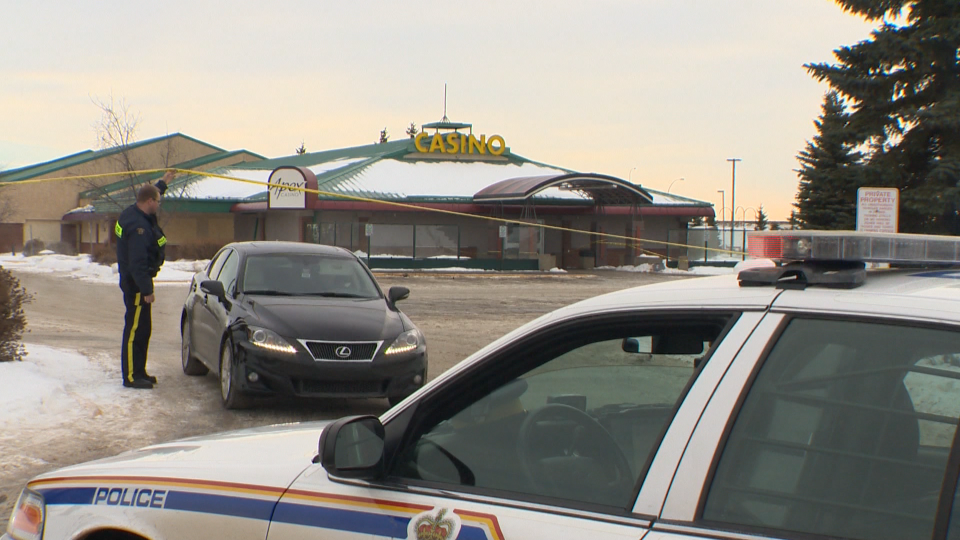 The event prompted an inquiry into RCMP procedures.