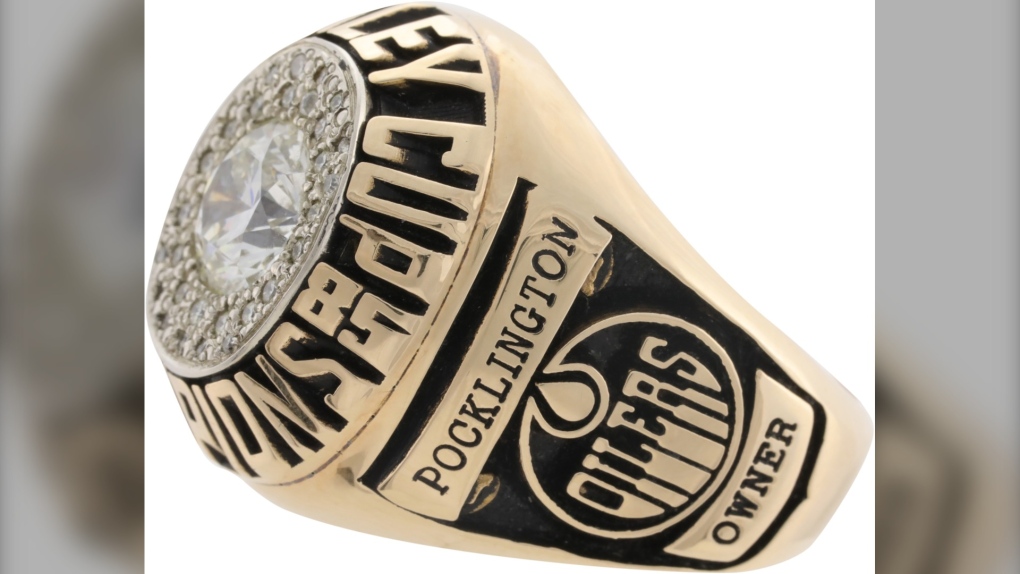 A unique piece of Edmonton Oilers’ history is up for auction this month.

Weighing around 32 grams, the ring is 14 karats yellow gold with a 2.13-carat total weight diamond surrounded by smaller stones. The central diamond was assessed in 2019 as being worth more than $15,000 alone.

The starting bid for the ring was $5,000. As of publication, eight bids had been placed, with the current asking price listed as more than $9,500.

In 2008, the ring was sold at auction for the first time, fetching $61,174. Pocklington placed a collection of 29 items for sale, including the 1985 ring and four others.

Lelands confirmed to CTV News Edmonton that the ring had been held in a private collection for over a decade.

The person who places the winning bid will receive a certificate of authenticity and appraisal report.