2 charged after shooting in Nisku in January 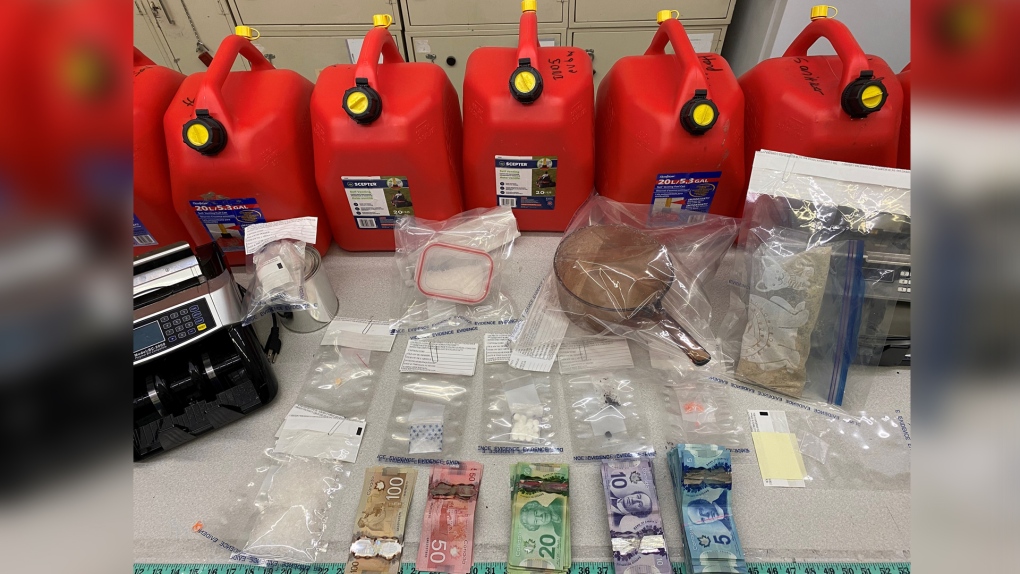 Some of the items seized from a warrant execution at a home in Edmonton. (Source: RCMP)

EDMONTON -- Two men are facing charges in connection with a shooting last month in the Nisku area.

It happened on Jan. 19 around 10:30 p.m. A man was taken to hospital with serious injuries.

On Feb. 4, a second search warrant was executed at a home in the Rutherford area of Edmonton.

Daniel Mcdonald, 30, of Edmonton has been charged with two counts of aggravated assault, careless use of a firearm, unauthorized possession of a firearm, possession for purpose of trafficking, and production of methamphetamine.

Both men were released from custody and are scheduled to appear in Leduc Provincial Court on Feb. 11.

Because of information gathered during the investigation, police now believe the shooting was not a random event.