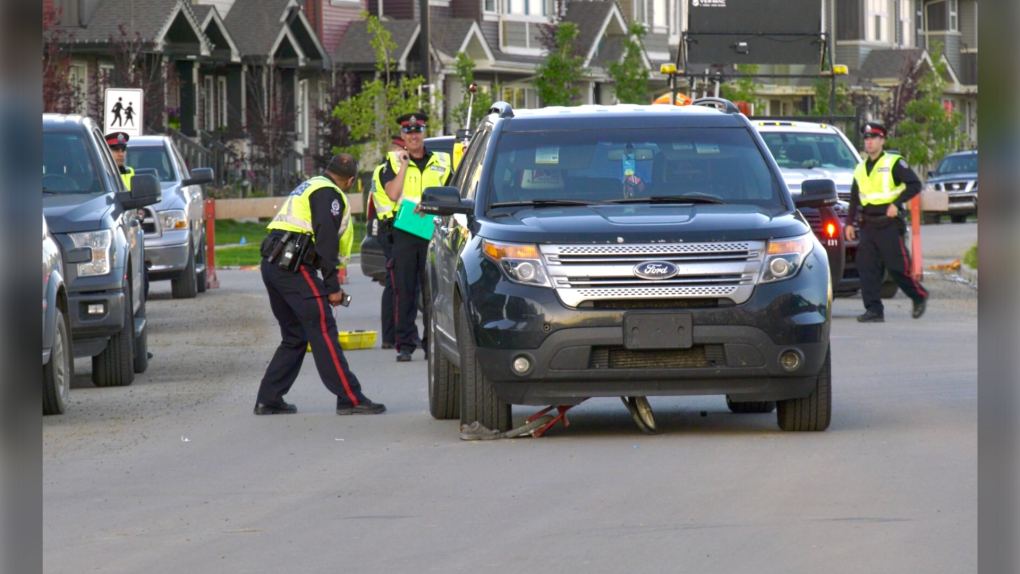 A 7 year-old-boy was rushed to the Stollery Children’s Hospital Tuesday night after being hit while riding his bike, in a collision with a driver in an SUV.

A seven-year-old boy was rushed to the Stollery Children’s Hospital Tuesday night after a collision with an SUV.

Officers, EMS and firefighters were called at 6:50 p.m. to the collision at Orchards Boulevard SW and Chokecherry Common SW. The child’s bicycle could be seen on the street underneath the SUV.

Officers said the 53-year-old driver of the Ford Explorer remained at the scene.

No charges have been laid as police are still investigating. Police have not determined who was at fault.