This is a bittersweet weekend for family and friends involved in a charity bike ride that’s celebrating its 13th year.

Marty Mudryk, who started Williams & Mudryk 100K in 2007, passed away. The 44-year old, originally from Boyle, lost his battle with cancer last November.

After his diagnosis in the spring of 2017, Marty got involved in Knight’s Cabin—an organization offering retreats for cancer survivors and loved ones with a focus on nutrition, exercise, sleep and stress management.

"He came on and he was president of our organization for a few months as he was going through his battle," Knight's Cabin Co-Founder Lisa Belanger told CTV Morning Live. "With the army of supporters that he has in Boyle and through his family, he was able to support over 80 cancer survivors and their supporters coming to one of our retreats in Banff."

On Friday night, a fundraiser in Marty’s memory will be held in Boyle, to raise more money and send more survivors on a future retreat.

On Saturday morning, a few dozen riders will gather just north of town for the ride that CTV Morning Live anchor Rob Williams will be a part of.

In the spring of 2007, Marty rode solo from Fort Saskatchewan to Boyle, as a way to raise money in honour of his younger brother Bryan Mudryk. Bryan is a former CTV News Edmonton employee and a two-time cancer survivor. He currently works at TSN. 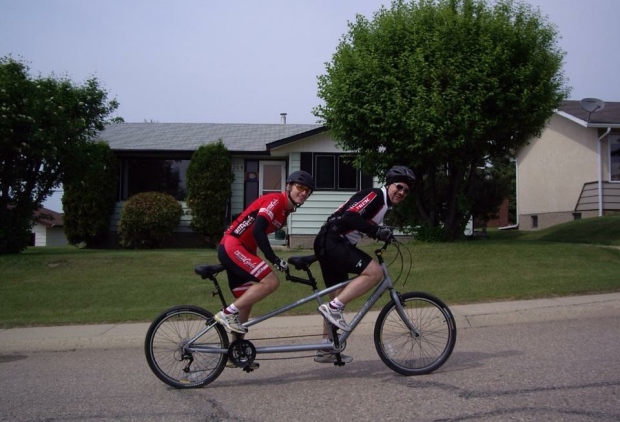 A conversation Rob had with Marty a few months later turned the ride from a solo trek into a lasting fundraiser.

The first year Rob pedaled, he was on a tandem bike with Marty for 120 kilometers.

"Got a good view of his rear-end that year I got the backseat," Rob said.

Over the years, the ride has raised more than $225,000 for people fighting cancer.