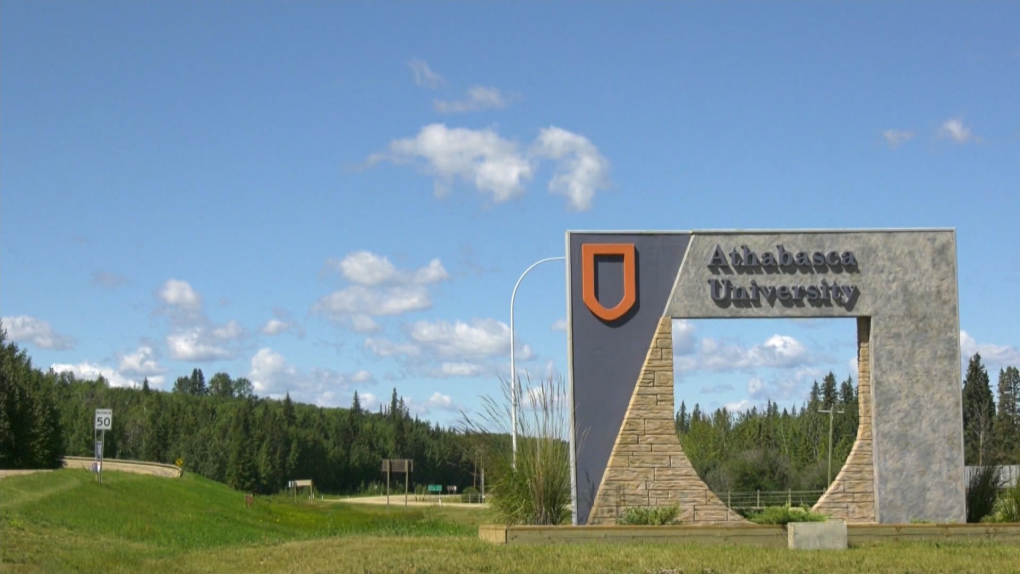 The Alberta government says it has reached a deal with Athabasca University under which the province will continue funding the institution if half of its executive and 25 additional employees live in the town it shares a name with.

The agreement – which the province calls an investment management agreement – stipulates that four of the school's executive members be based in Athabasca and the number of local employees must grow from 252 to 277 within three years.

"These targets are very achievable and I am confident the university will be able to meet these goals," Advanced Education Minister Demetrios Nicolaides said in a Wednesday evening statement announcing the details.

"How the university achieves these targets is entirely up to it and I have already heard about some interesting and exciting ideas from the faculty association and others about how this can be accomplished."

In a statement to CTV News, the university's president said he was pleased with the outcome.

"We were pleased to work with our community to develop and present a comprehensive and balanced plan to create an exciting research hub in northern Alberta, to benefit the Athabasca region and support the government's Alberta 2030 strategy," Dr. Peter Scott said. "We look forward to continuing to work with the minister to refine this ambitious plan to realize a wealth of benefit for our community of Athabasca as well as our learners and researchers.

Athabasca University, with an estimated 1,200 staff and 40,000 students, was founded in 1970 and moved to Athabasca in 1984 to help stimulate the economy of the town. It primarily offers distance education.

The provincial government began earlier this year to threaten to withhold the school's monthly $3.4-million grant if it didn't bring more staff into the town of roughly 3,000. It said 500 university employees were based in Athabasca in 2014, and fewer than half of that number remained as of 2017.

Nicolaides originally wanted to see the entire nine-person executive and a total of 500 employees living in Athabasca to strengthen the school's ties to the community and drive economic growth.

The university resisted, saying the demand would make it harder to recruit top talent and waste money, time and other resources.

In October, the province overhauled the institution's board of governors.

Wednesday's government announcement included a statement from university board chair Byron Nelson saying the university was "pleased" with the agreement which will allow it to drive economic growth "while remaining a leader in distanced-learning."

The area's MLA, county reeve and town mayor all called the deal a success that recognized the needs of the community.

Investment management agreements are a product of the government's Alberta 2030 initiative, which is focused on improving the higher-education system.

Each public post-secondary institution must sign one and each agreement is unique. In each, funding is tied to specific "tailored" goals, the government says.

A previous version of this story stated the university was founded in 1984. In fact, it was established in 1970.