EDMONTON -- Re/Max Field will remain the home of baseball in Edmonton after a group led by former Oiler Randy Gregg acquired a 10-year lease with the city to operate the ballpark.

Gregg's group, Baseball Edmonton Inc., reached the deal after a year's worth of negotiations with the city.

He says he hopes the stadium's current tenants, the Edmonton Prospects, will continue to play at Re/Max. And, his groups is looking to add a second Edmonton-based Western Canadian Baseball League (WCBL) team.

The WCBL said in a statement on May 21 that it is not involved in any formal discussions on a second team in Edmonton.

"The Prospects have and will continue to have the territorial rights to the greater Edmonton area as provided for by the unanimous consent of the WCBL Board of Governors," president Kevin Kvame said in an written release.

Calling the ballpark "a landmark facility," Gregg said his group intends to include minor baseball in its plans.

"We don’t want to see this as poorly used as it has been over the years," he said. "I just hope that every young boy and girl that plays softball or baseball gets a chance to play at Re/Max Field."

He said the group is also planning to talk with local music and cultural groups to collaborate on future events.

It's also considering an indoor attachment under the left field bleachers to allow for more use during the winter months.

"We can’t have a facility that’s so big and such a big part of our community fabric stay empty for 250 days a year."

Gregg says the deal comes after about a year-long negotiation with the city.

The city declined an interview, saying some details were still being finalized, but issued a statement to CTV News.

"We are supportive of the group's vision for the facility, its commitment to advancing baseball in Edmonton, and continuing to ensure community access to Re/Max Field," the city's statement reads.

Coun. Michael Walters said council had been seeking "a stable, reliable and visionary partner and operator."

"I’m hopeful the new operator can collaborate with the Edmonton Prospects to provide a great summer time experience for Edmontonians and that they can activate the park in a whole new way beyond just baseball games." 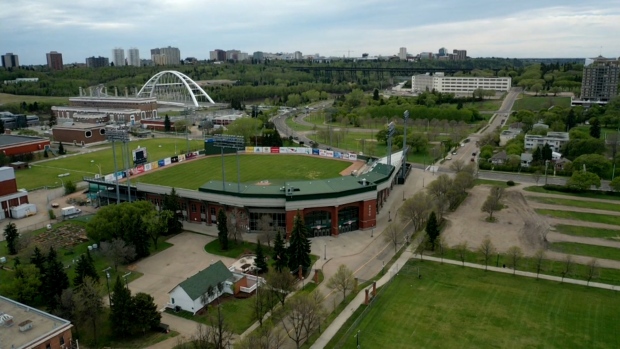 Edmonton Baseball Inc. was one of at least two groups, including the Prospects and owner Pat Cassidy, to submit visions for the ballpark to the city for lease approval last summer.

The Prospects have called the venue home since 2012 as well for one season in 2005.

Prospects owner Pat Cassidy said negotiations over his team's long-term future at the stadium are ongoing "but seem fraught with challenges."

"Discussions continue and we hope to have some major announcements to make in the next week or two," he wrote in an email to CTV News.

"Our organization is committed to finding a long term solution for this franchise and the baseball fans of Edmonton."

Cassidy's Prospects signed a four-year deal with the city in 2016, which included an option for a fifth year for the 2020 season.

On April 30, the WCBL announced it wouldn't be starting its season until "late June or early July" due to the COVID-19 pandemic.

Cassidy said the WCBL is meeting on May 27 to determine the fate of this year's season.

He had also eyed a Spruce Grove venue for his team should it not be able to play at Re/Max Field in the future.

The WCBL is a short-season summer league based in Alberta and Saskatchewan. Its 12 teams draw players from the American collegiate ranks.

Gregg says the lease begins in April 2021 and that the ballpark will be part of the city's River Valley Crossing revitalization plan for the Rossdale neighbourhood.

In September, city councillors expressed support for the redevelopment plan which included a repurposed Rossdale Power Plant as well as extensive waterfront development.

It's unclear how the pandemic and its effect on the city's finances may influence that plan, though Gregg remains optimistic.

"In the next 10 years, we think this will be a really vibrant area."

Gregg says his group consists about 20 individuals he describes as "local people," including a school teacher, single mother, former Olympian and doctors as well as business people.

"We all have a vision that aligns with community.”

Gregg, a family physician, is best known for his decade-long National Hockey League career that saw him win five Stanley Cups with the Edmonton Oilers.

While playing hockey for the University of Alberta, he also played baseball for the Edmonton Tigers of the now defunct Alberta Baseball League.

He was the team's starting pitcher in the deciding game of the 1976 championship which the Tigers won over the Red Deer Generals.

He says it's that love of the game and the chance to give back to the community that led him back to baseball.