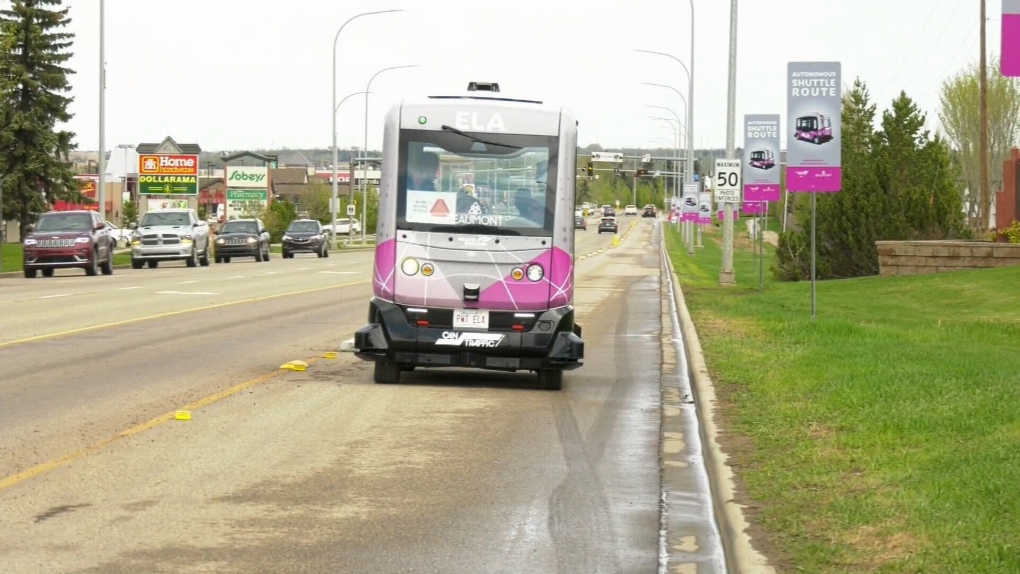 Another milestone has been reached in the ELA shuttle pilot program operating in Beaumont.

ELA, or the Electric Autonomous shuttle, has been operating since May in Beaumont. It follows a one-kilometre route north and south along 50 Street.

New technology—called V2I, or vehicle-to-infrastructure technology—has been added in the third phase of the pilot that enables the shuttle to interact wirelessly with traffic lights, lane markings and signs. Some of the benefits of this interaction are improved passenger and pedestrian safety, enhanced accessibility for residents and less road congestion.

John Stewart, mayor of Beaumont, said the project has been an incredible success.

“The project teaches us how an autonomous vehicle reacts to the road, traffic lights and pedestrians, and it has raised the profile of the community. We’ve received interest from businesses and communities across Canada, and even internationally.”

So far more than 4,000 passengers have used the shuttle.

ELA is the first time an autonomous vehicle has been fully integrated with traffic, pedestrians and traffic infrastructure in western Canada.

This third and final phase is expected to wrap up in October.