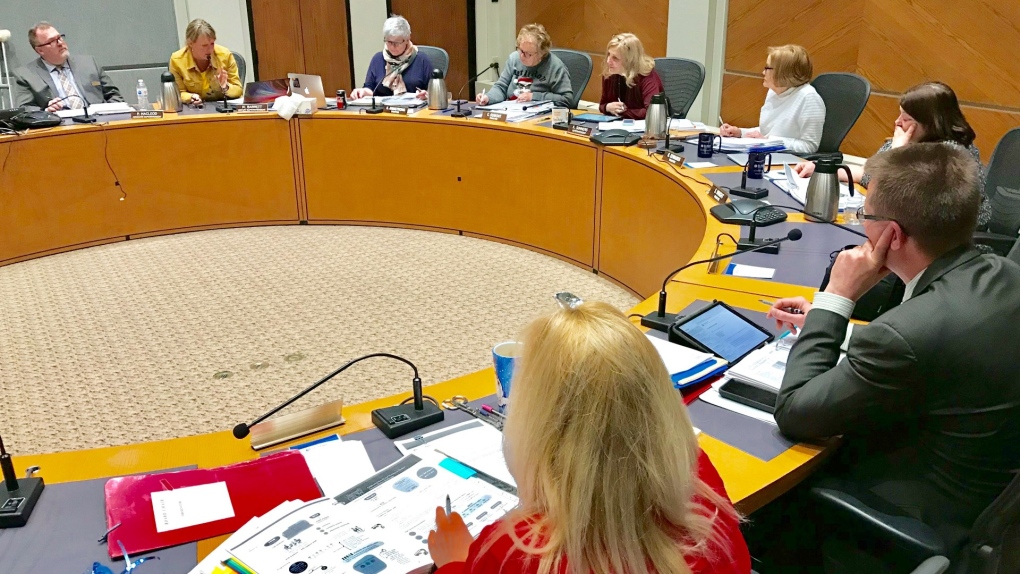 EDMONTON -- St. Albert Public Schools is the latest capital region school board to hike its bus fees to cover a budget shortfall created by a UCP grant cut.

Parents of roughly 1,400 students will now be annually charged a minimum of $470 per student or a family fee of $1410 to continue school bus service.

“As difficult and heartbreaking as this is, we don’t want to take any more money out of our classrooms. We need to have teachers in front of kids,” Superintendent Krimsen Sumners said at a board meeting Wednesday night.

The vote to raise fees passed unanimously, 4-0, with one trustee absent.

Previously, Alberta students who lived further than 2.4km from their school were exempt from busing fees.

That cost was paid by the province under the School Fee Reduction grant program, which was cancelled by the UCP government in the 2019 budget.

St. Albert Public lost $244,000 in funding mid-year as a result, a board employee said.

“I feel badly about the fact that we had to say to people ‘we’re not going to raise your fees’ and now we’re saying to them ‘we are going to have to,’” Trustee Sheri Wright said.

The fees will be due Feb. 1 and be prorated to $282 per student for the remaining six months of the school year.

Fees for roughly 1,600 students who live within 2.4 km but still ride the bus will stay at $470 per student for the year.

Board chair Glenys Edwards said her vote was “reluctant” after several trustees expressed concerns that some families may not be able to pay, and will be forced to cancel service.

“We want fewer cars going to our schools. We want students on buses. We know that helps neighbourhoods, that helps congestion, that helps safety and so this is kind of counterintuitive,” said Edwards.

The board is still facing a transportation deficit, despite these fee increases.

EPSB says the loss of the School Fee Reduction grant in the provincial budget resulted in $5.3 million hole for them.

Special education students who receive curb service will continue to not pay fees.