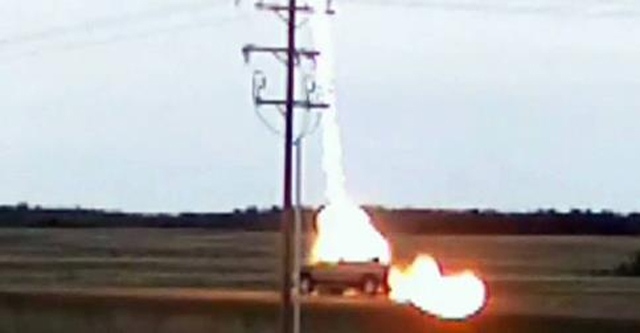 CTV Edmonton was awarded for their coverage of a lightning strike on a pickup near Tofield.

CTV Edmonton has been honoured with two regional awards from the RTDNA, the organization for broadcast journalism in Canada.

This award recognizes a television station that displays excellent content in a regularly schedules information program that is not a daily newscast.

CTV Edmonton’s also received the Dave Rogers Award, which is awarded to a station that shows excellence and creativity in a short feature or human interest story.

The award was given for CTV’s coverage of a lightning strike on a pickup near Tofield, Alberta.

The ceremony was held on Saturday evening in Saskatoon.

A national awards ceremony will be held in Toronto in June.