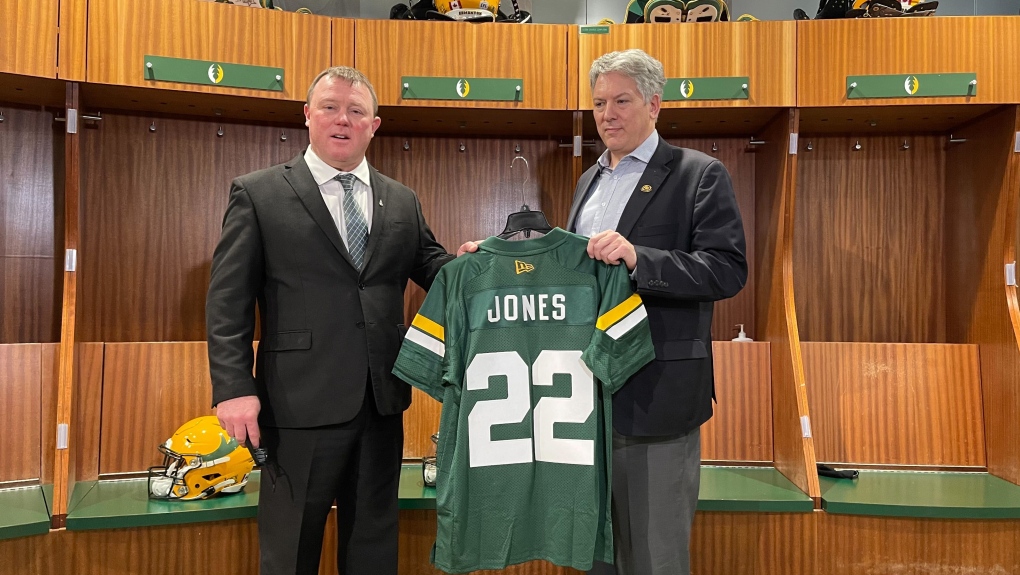 Chris Jones is back with the Edmonton Elks as a head coach and general manager. Tuesday, Dec. 21, 2021. (Sean McClune/CTV News Edmonton)

New Elks head coach Chris Jones hired some new coaches, brought back some familiar faces and took a major post for himself on Thursday.

Jones will be the defensive coordinator in 2022, after Noel Thorpe was let go by the team.

"I'll be doing what I've always done, working the defensive side of the football," he told journalists.

Defensive line coach Demetrious Maxie and linebackers coach Cam Robinson are returning. Both were with the team last season.

After leaving the Edmonton franchise following a Grey Cup victory in 2015, Jones was rehired by the Elks on Dec. 21.

Some of the coaches Jones hired have worked with him, or for him, before.

"Everybody knows exactly what the expectation levels are. From a practice standpoint, from a preparation standpoint. We could go practice this evening. We're going to hit the ground running," he said.

Here is the team's coaching roster for 2022:

The Elks' first preseason game is scheduled for May 27 against the Winnipeg Blue Bombers.