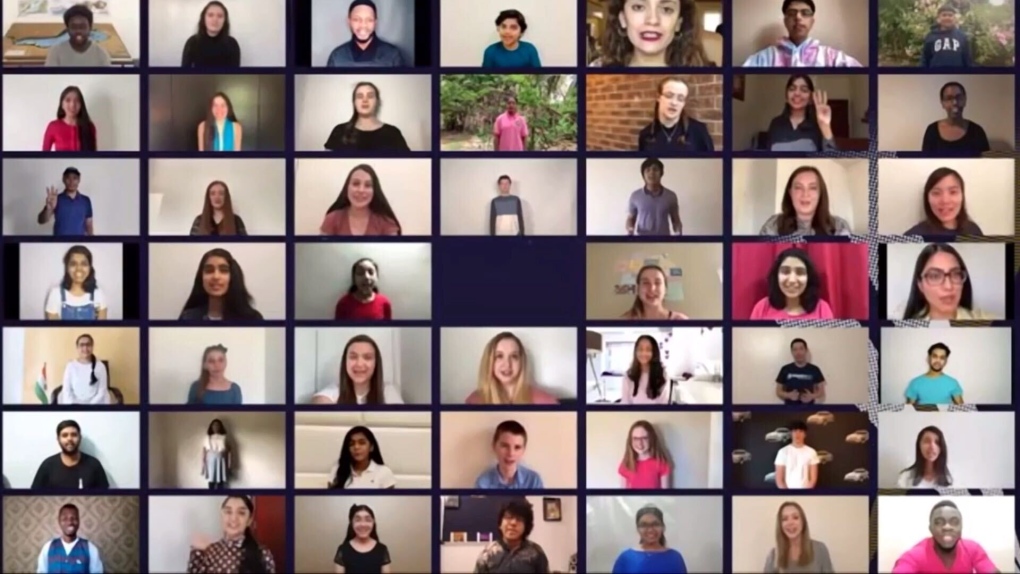 Ravina Anand, as co-founder of FLIK, an online platform designed to connect young female entrepreneurs with female mentors for apprenticeships in their fields, received the Diana Award on July 1, 2020.

EDMONTON -- A 24-year-old Edmonton woman is being recognized as a global change-maker, winning the prestigious Diana Award Wednesday.

Ravina Anand was among the international recipients of the independent British award.

Anand received the award in recognition for her work as co-founder of FLIK.

FLIK is an online platform designed to connect young female entrepreneurs with female mentors for apprenticeships in their fields.

The program was launched in January, but has already reached thousands of women in 28 countries.

The Diana award recognizes young people, aged nine to 25, for their social action and humanitarian work.

“I think it’s a great way to inspire young people that they too can achieve anything that they set their mind to,” Anand told CTV News Edmonton of the award.

“If they see a problem in their community that they can come up with a solution to solve that and create tangible impact.”

The Diana Award is the only charity set up in memory of the late Princess of Wales.

Now supported by Prince William and Prince Harry, the award has been handed out since 1999.