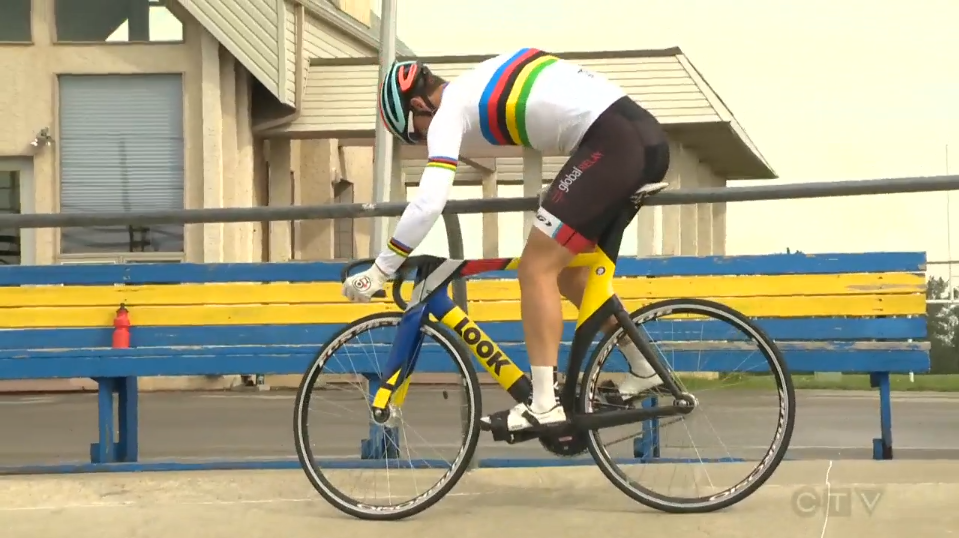 Stefan Ritter, a local track cyclist, is in intensive care after a crash at a professional race in Mexico on August 30.

“He was in the second round of competition when another athlete squeezed down on him on the track when they are at maximum speed — so probably going 65 or 70 kilometres an hour — and it caused Stefan to lose control and he crashed quite heavily and hit his head on the track and lost consciousness immediately,” Westwood said.

The 20-year-old was taken to a local hospital and was airlifted to Edmonton last Tuesday. He’s in intensive care at the Royal Alexandra Hospital.

“The extent of that head injury is unclear,” Westwood said. “He’s gradually gaining awareness as he’s been taken off sedation and is undergoing a number of tests.”

Ritter was representing the Canadian team in the sprint race.