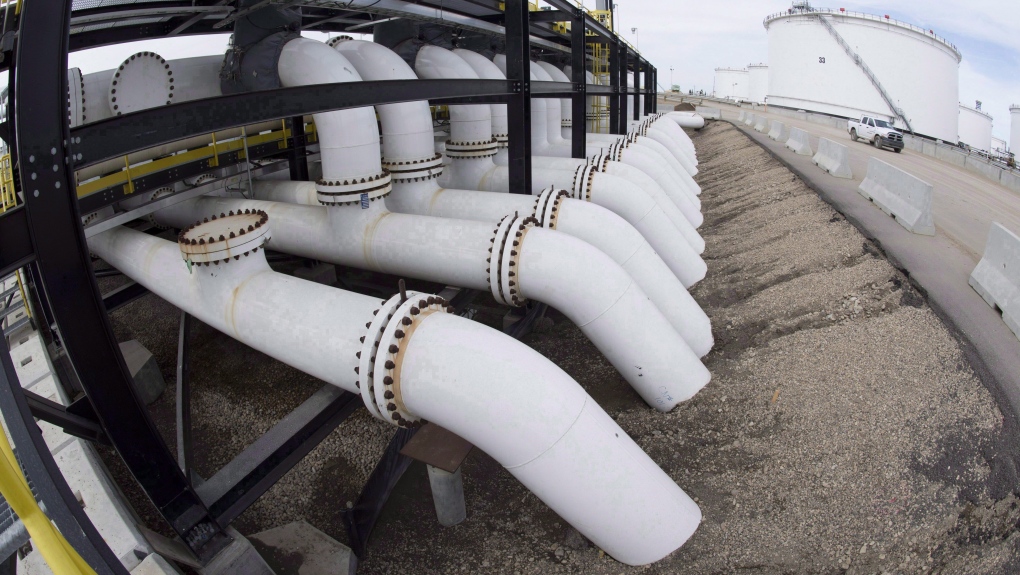 OTTAWA -- The Federal Court of Appeal has set aside an injunction granted to British Columbia in its constitutional fight over Alberta's so-called turn-off-the-taps legislation, saying the dispute is more theoretical than real.

A lower court suspended Alberta's Preserving Canada's Economic Prosperity Act in 2019 and granted B.C. a temporary injunction blocking the law until the courts could decide if it was valid.

Alberta brought in the law to give it control over the export of its crude at the height of a dispute between the two provinces over construction of the Trans Mountain pipeline.

Alberta appealed the ruling, which a three-judge panel set aside in a decision released Tuesday that also ordered B.C. to pay Alberta's court costs.

B.C. had argued in the Federal Court that the law would cause the province irreparable harm, but the higher court says granting B.C. the injunction is “premature” because Alberta hasn't yet used the legislation.

The court says without regulations and a licensing scheme from Alberta, the court should not assess the constitutional validity of the law on the basis that it allows discrimination in the supply of fuels to B.C.

“Until Alberta imposes restrictions on exports through action taken pursuant to the act, a (constitutional) dispute has yet to arise and may not arise at all. Put otherwise, the dispute as it currently stands remains more theoretical than real,” the decision says.

The three judges relied on different reasons to reach the same conclusion in the decision.

Alberta Energy Minister Sonya Savage said in a statement that the government is pleased with the court's decision.

“We remain committed to standing up for Alberta, including protecting the value of our natural resources.”

The Trans Mountain expansion will triple the amount of oil flowing from the Edmonton area to B.C.'s Lower Mainland and from there to markets overseas.