He was 6 p.m. and late night meteorologist. During that time, I anchored the noon and weekend shows. A Rio Terrace guy who was, and still is, an expert on highs and lows and jet streams.

Since 2006, he has been the chief meteorologist at Fox 9 in Minneapolis.

Ian’s passion for inclusion started back in Edmonton in the mid 90s. His best friend was Tom Pitts. Tom’s brother John had an intellectual disability.

One day John and Tom’s mom Shirley called Ian, asking if he’d help out with a fundraiser.

But that night, the auctioneer didn’t show. So Ian added to his duties.

Not hard at all, apparently.

Afterwards, someone from Special Olympics approached Ian, asking if he would be their spokesperson. And as they say, the rest is history.

But it’s not the end of the story.

The first winter Ian was in Minnesota, a group of 16 fathers staged a polar plunge. $20,000 was raised.

Good, but not good enough.

The next year, with Ian in the middle of the action, $138,000 was collected state-wide.

Good, but still not good enough.

So Ian upped his game and his wardrobe. He showed up in a sequin, beaded outfit.

If you’re going to plunge into icy water – which some would consider crazy – why not look the part?

Ian has four true loves in his life: His wife Christy, his daughter’s Jordan and Kaiti. And Special Olympics.

“This is the greatest thing I’ll ever do in my life,” he said.

I’ve been an ambassador with Special Olympics Alberta for the past 8 years. I’ve jumped into a frigid Lake Summerside a half dozen times.

After my most recent plunge last month, Ian sent me a Facebook message. 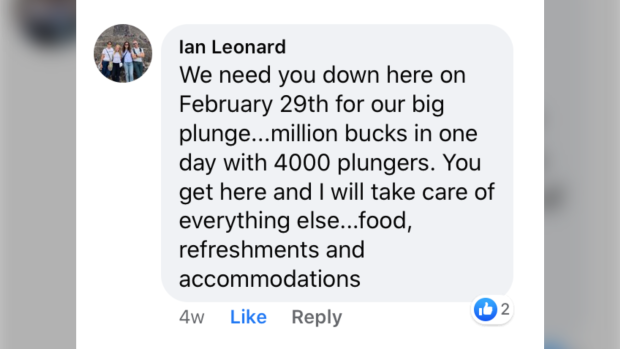 How could I say no?!

This Thursday, I’ll hop on a plane for Minneapolis to meet up with my old friend.

Ian plans to show me a lot of Minnesota hospitality before, during and after we plunge on Saturday.

We’ll take a dip with about 5,000 of his closest friends.

This plunge alone will raise about $2 million.

The group he was with raised $90,000 for Special Olympics Minnesota.

Overall, the thousands of plungers brought in $2 million. 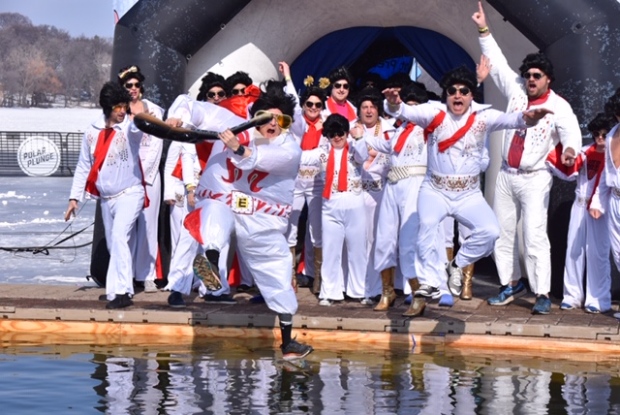