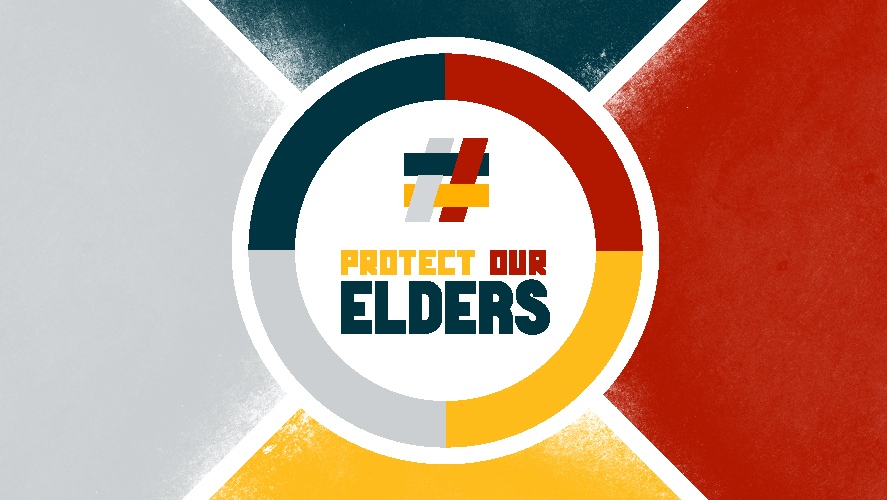 The #ProtectOurElders campaign asks Indigenous youth to be there for their Elders by following public health recommendations around COVID-19. (Source: protectourelders.ca)

EDMONTON -- A new campaign encouraging youth to help protect their Elders from COVID-19 is being applauded by Alberta's chief medical officer of health.

The #ProtectOurElders social media campaign, organized by the Alexis Nakota Sioux Nation west of Edmonton, launched on May 28.

Dr. Deena Hinshaw recognized the initiative and several others projects by Indigenous groups across the province on Wednesday.

"I want to congratulate all those involved in these efforts for their locally-driven work to support those in their communities," Hinshaw said. "And I also want to honour the ways that their community members are supporting each other through this difficult time."

The #ProtectOurElders campaign asks Indigenous youth to be there for their Elders by following public health recommendations.

"The health and wellbeing of our community's most vulnerable is in our hands," Ashley Callingbull said in a video on the campaign website.

Youth are invited to share a video of what they're doing to keep Elders safe.

Indigenous role models including Callingbull and Edmonton Oilers defenseman Ethan Bear are participating in the campaign.

As of June 3, Alberta had reported 7,076 cases of COVID-19 since the pandemic began.