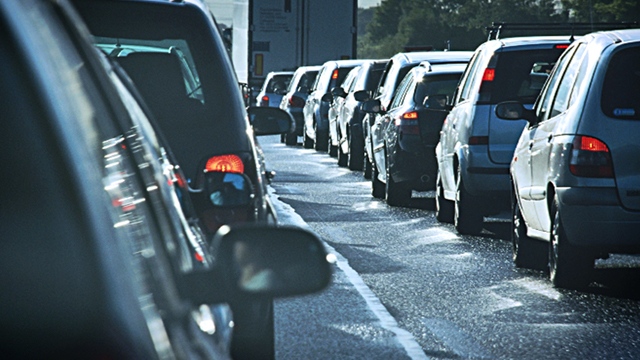 EDMONTON -- Albertans are paying more to drive their vehicles compared to a year ago, including increases in the cost of insurance, fuel, and licensing and registration fees, according to newly released StatsCan numbers.

The numbers also show premiums in Alberta have increased by 17.8 per cent on a year-over-year basis.

"A significant share of private passenger vehicle insurers in this province submitted applications to increase rates following the removal of a rate cap," reads the report.

Fuel prices rose in Alberta as well last month, up 0.9 per cent from December 2019, according to the report. Alberta gas prices were up 6.6 per cent over the same month last year.

The federal carbon tax was introduced in Alberta on Jan. 1, 2020.

The report also details a 14.4 per cent increase in other vehicle operating expenses in Alberta compared to a year ago.

"This was due, in part, to increases in service fees, including fees for drivers' licences and passenger vehicle registration, introduced in the 2019-2020 provincial budget," reads the report.

In reponse, the province attributed rising gas prices as likely being due to the Jan. 1 roll out of the federal carbon tax, a levy Alberta continues to fight in court.

"We are ensuring that key services Albertans need are properly funded and more accurately reflect the costs of delivering them, including achieving modernizations such as online service delivery, which Albertans are asking for," a government spokesperson wrote in an email to CTV News.

In late August, the province scrapped a five per cent cap on auto insurance rate increases implemented by the prior New Democrat government.

In December, Finance Minister Travis Toews introduced a new committee to advise on potential reforms to the province's insurance system.

"This issue is such a significant issue that touches every Albertan," Toews said. "To assemble a very credible, experienced committee like this, I believe we will be best-informed to make decisions around automobile insurance."

Today, the Opposition NDP called the increases "very concerning" and called on the government to immediately reinstate the five per cent cap.

"In my office we have heard many, many stories from my constituents and Albertans ... worried about people who are unable to afford these increased costs," said New Democrat MLA Jon Carson.

The data was included in StatsCan's monthly Consumer Price Index report which tracks changes in the average price for commonly purchased goods like groceries and haircuts.

Across Canada, the cost of gasoline and insurance premiums combined to result in a nearly 20 per cent increase in the CPI.