Man tests new pellet gun behind bank north of downtown, has police called on him 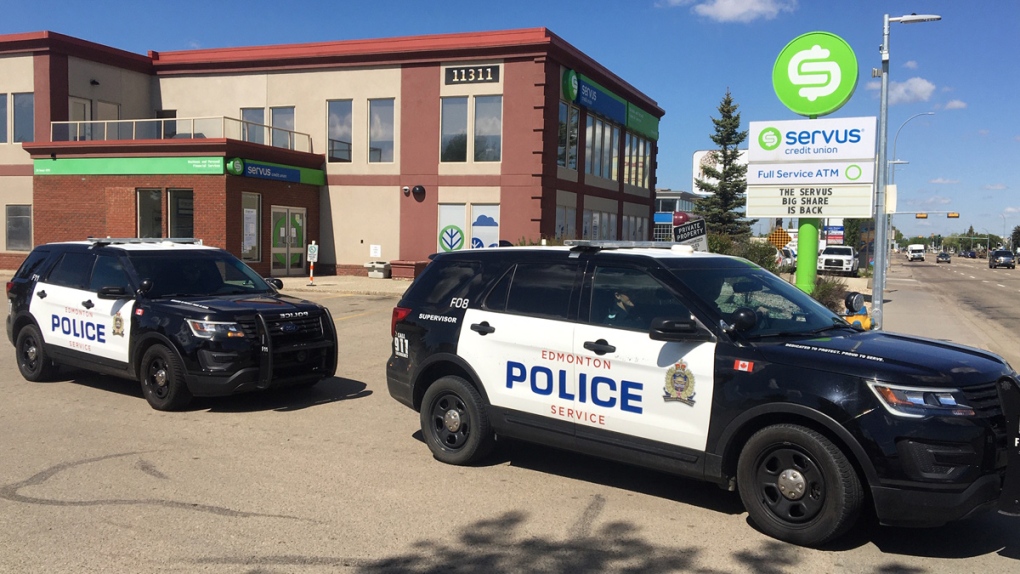 Edmonton police responded to the Servus Credit Union in the area of 113 Street and Kingsway Avenue after a man tested his new pellet gun behind the bank on Friday, June 5, 2020. (John Hanson/CTV News Edmonton)

EDMONTON -- A man bought a new pellet gun north of downtown Edmonton Friday morning, tested it behind a bank, and had police called on him.

Police responded to a report of a man with a gun in an alley in the area of 113 Street and Kingsway Avenue just after 11 a.m.

It turns out, a man bought a pellet gun at the nearby Canadian Tire and tested it out behind the Servus Credit Union, the bank's constable told CTV News Edmonton.

Officers found the man a short time later and determined he was testing his new pellet gun in the alley.

No one was injured, police said.

The man was released from custody with an appearance notice for a weapons related offence, police said, and the pellet gun was seized.