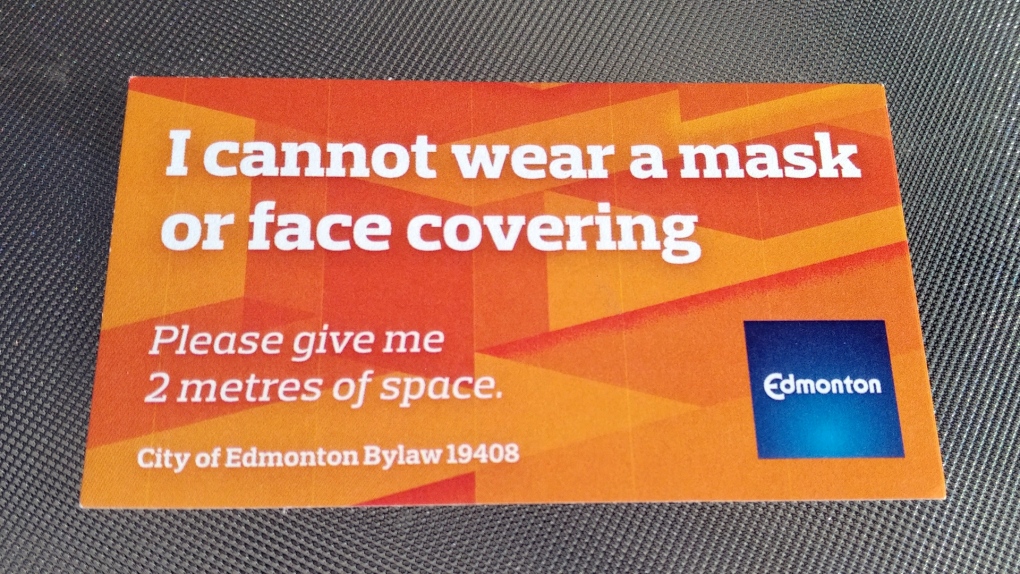 EDMONTON -- The City of Edmonton will no longer issue mask exemption cards, but they will honour the cards that are already in circulation.

About 4,000 exemption cards were handed out in the first two weeks after council approved the mandatory mask bylaw at the start of August.

The bylaw requires face coverings in all public indoor spaces, including on public transit, but it has a number of exemptions. Some apply to people with medical conditions, children under the age of two, and people eating or drinking.

The city says the exemption card program was being abused by those without a legitimate reason not to wear a mask, so it was put on hold Aug. 12. On Thursday, the city decided not to restart the program.

Even though the current cards will be honoured, the city says businesses still have a right to refuse service to anyone.

The city says it is encouraging businesses to not refuse those with legitimate exemptions under the mask bylaw.

"There's a real tension between being able to provide something for those individuals that have a legitimate exemption, without applying more pressure to the medical system, I.E. doctors' notes," said Laughlin.

Anyone in the exemption categories who has a negative experience for not covering their face can call 311. City staff will then follow up with the business owner to educate them on the bylaw exemptions.