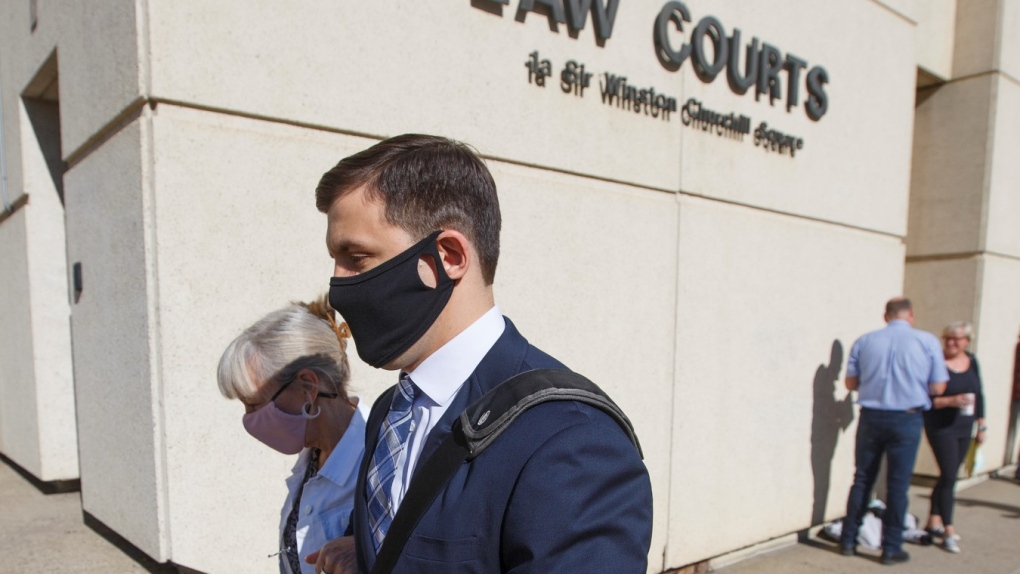 Matthew McKnight and his mother walk into court, in Edmonton on Friday, July 10, 2020. McKnight was charged with sexually assaulting 13 women ranging in age from 17 to 22 between 2010 and 2016. THE CANADIAN PRESS/Jason Franson

EDMONTON -- The lawyer for Matthew McKnight argued in court on Friday the former night club promoter should be sentenced to between five and nine years after being convicted of five sex assaults.

Defence lawyer Dino Bottos continued his sentencing arguments in Alberta Court of Queen's Bench in Edmonton on the fifth day of the sentencing hearing.

In its submission last week, the Crown told the court it is seeking a 22 1/2 year prison sentence.

He argued Friday that the Crown had "lost perspective in this case."

Bottos noted McKnight was a first-time offender with "excellent" prospects for rehabilitation.

Friday is the fifth day of the sentencing hearing. It was initially scheduled for three days last week but will now expected to continue into later this month.

The hearing is scheduled to resume on Thursday morning and may continue again into Friday.

Huyser-Wierenga has also asserted the sex assaults were "drug-facilitated" noting one of the woman only had one drink, which she testified was given to her by McKnight before she blacked out.

"She's come to and she's in Mr. McKnight's bed," the prosecutor said.

Bottos pushed back on that assertion Friday saying there was limited evidence of drug use beyond alcohol.

Bottos said there wasn't enough evidence to say that the women were drugged.

“There is no merit to this argument and it was not proven by a reasonable doubt,” he said.

Alcohol was involved, Bottos said, but he argued it wasn't used by McKnight in a premeditated attempt to sexually assault the women.

Bottos suggested McKnight didn't get proper consent from the women.

“These five women were caught up in that lifestyle,” he said.

Bottos has also focused his sentencing argument on a video of McKnight being assaulted by his cellmate while awaiting bail in the Edmonton Remand Centre on Aug. 14, 2016.

“He was agitated and called me 'skinner' and a rapist,” McKnight said of his attacker.

Both Bottos and Huyser-Wierenga questioned one of the guards who rushed to the scene of the beating shortly after it happened.

Bottos has argued the beating should serve as a mitigating factor in his sentence.

Last week, McKnight told the court he's worried for his safety when he goes to prison.

Huyser-Wierenga argued the assault should have no effect McKnight's sentencing.