A little more than a week after COVID-19 vaccine bookings opened for Alberta kids aged 5-11, more than 40,000 had received their first dose by Friday.

That's about 10 per cent of all Albertans in that age group, but the numbers vary wildly depending on where families live.

Some areas in Edmonton had rates above 20 per cent with a first dose already, while others were sitting at less than six per cent.

He is a research chair with Social and Health Inequities Canada and also an associate professor at the University of Alberta.

Income was one factor, availability of transit, language barriers and clinic hours are also reasons that some families that want to get vaccinated aren't getting it done, Pabayo said.

"People who are living in let’s say poorer areas are less likely to get vaccinated and therefore more likely to get sick," he said of his research.

"There’s no way that the interest in vaccination matches the vaccination rates that we’re seeing in some of these places right now, it’s just about access," said Sarah Mackey with Vax Hunters Alberta. 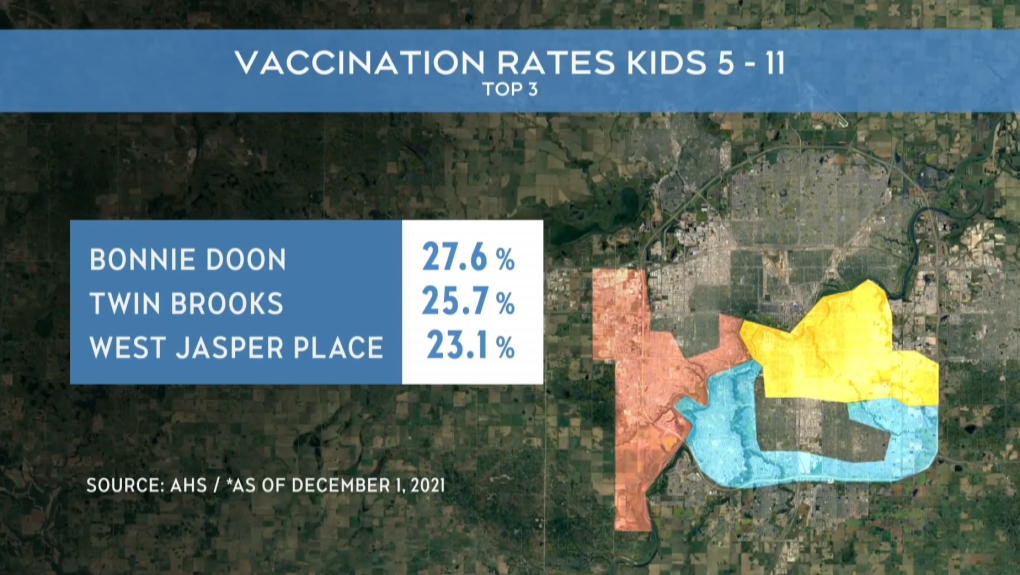 There were three vaccination clinics for children in Edmonton, but Mackey and other vaccine advocates think there should be more and they should be placed where people already go.

"You know spaces like community leagues, community centres. I know the cities are really happy to help where they can, and we could be doing this in the rec centres, and the libraries are eager to do whatever they can," she said.

"That will help people fit getting these vaccinations into their schedules," he said. 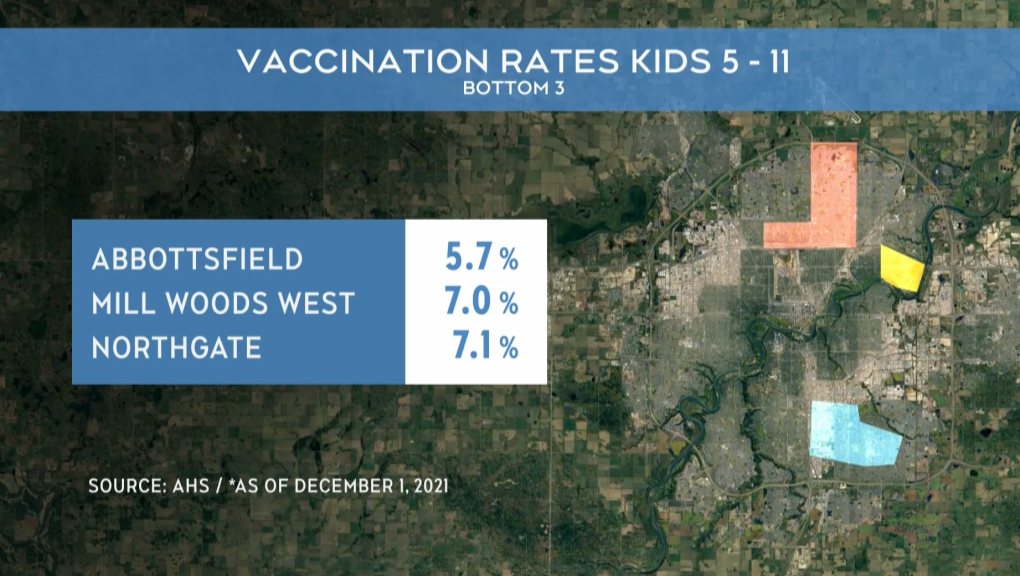 There’s no word from the province on when more clinics could open, but vaccine advocates say the longer the delay, the harder the impact on marginalized communities.

Alberta is not vaccinating for COVID-19 in schools, and this week Dr. Deena Hinshaw assured parents that no vaccines will be given without parental consent.

More information about booking is on the province's website.

Police say a series of stabbings in the downtown core last month have been determined to be hate-motivated and targeting vulnerable Calgarians.

Spotify is removing the discography of Canadian rocker Neil Young after he demanded it be taken off the platform over concerns with its connection to vaccine misinformation and comedian Joe Rogan’s podcast.