New data shows Edmonton is the most successful city in North America in attracting visitors back to its downtown core.

According to Avison Young, when downtown visitor numbers are compared from Labour Day this year to March 2, 2020 — the week preceding COVID-19 restrictions —- Edmonton had the greatest positive change in visitor volumes in North America.

At an increase of 151.1 per cent, Edmonton took the first spot, with Calgary and San Diego, both garnering 123.3 per cent, rounding off the top three.

When compared to Labour Day 2020, Edmonton's downtown foot traffic was within the top 12 of the 51 markets analyzed by Avison Young.

The global commercial real estate company says cities with a 'social downtown' are more likely to recover than those with a 'working downtown.' 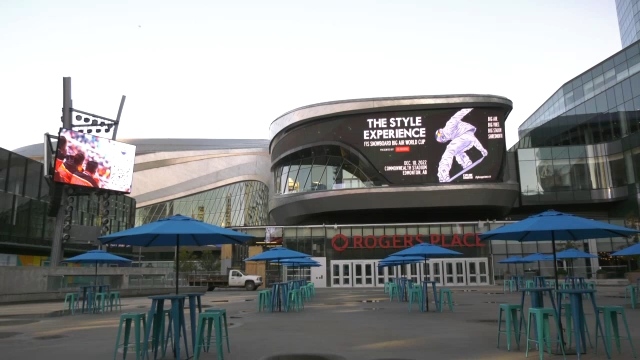 For Wosnack, Rogers Place and the surrounding Ice District form a "difference maker" to encourage Edmontonians to attend entertainment events, from hockey games to concerts.

Nightclubs, the local dining scene and other unique retailers then support that, Wosnack added.

That last factor has had the largest effect on Edmonton, Wosnack says, since more than 40,000 students attend a post-secondary institution in the downtown area alone.

"That changed the experience significantly for downtown. It created more vibrant neighbourhoods, with restaurants, coffee shops and bars being busier than before," he said.

Students returning to class represented a 213.8 per cent increase in visitor volume to downtown Edmonton from March 2020, the vitality index says.

The other top five property types that helped drive increasing foot traffic were hospitality, recreation, and tourism sites, along with retail, healthcare, and transit riders.

'THE COOLEST SPOT IN ALL OF EDMONTON'

In the week preceding and following Labour Day this year, Edmonton hosted a number of entertainment events downtown that helped draw large crowds, including The Eagles concert, the Mural Massive Festival, and the TG Ice Fridays street festival.

That strong success of Rogers Place becoming a downtown entertainment anchor has led the company behind The Canadian Brewhouse to double down on creating a new five-floor restaurant, bar and fun destination.

Jim Martyn, a spokesperson for the business, says Ice District will soon feature The Canadian Icehouse and The Banquet Bar. 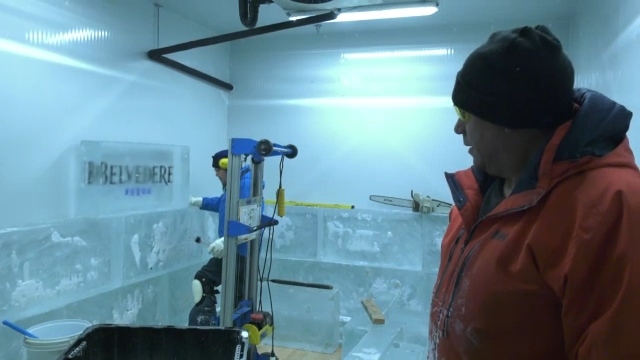 A sneak preview into the sub-zero vodka tasting room that will be opening as part of The Canadian Icehouse as part of Ice District (CTV News Edmonton/Darcy Seaton).

"We are so incredibly grateful and fortunate to have the opportunity to open up in what is going to be the coolest spot in all of Edmonton, in the Ice District here," he said.

Next summer, the Icehouse plans to expand its patio to become the largest rooftop patio in the country. 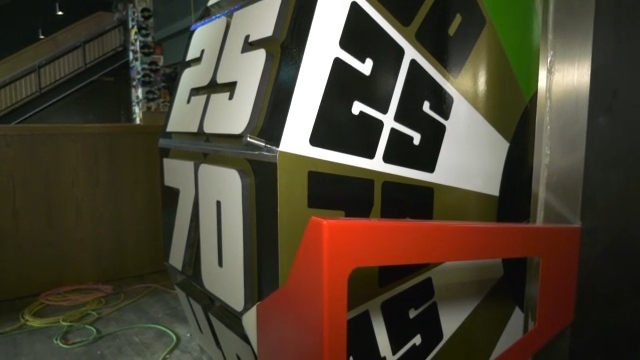 'BRING THE HEALTH AND PERSONALITY BACK'

"There's no question. You can't argue that the Ice District and that development and ambition has really re-energized the central Edmonton area," Sunquist said.

"And in fact, it reinvigorated the entire region," Sundquist added.

While the increasing foot traffic and appetite for some downtown business expansion, Sundquist said recovery for the central core still requires improvements to help promote safety and cleanliness.

"We've got to ensure that we've got a clean and vibrant and safe downtown," Sundquist added. "And also ensure our transit is safe so that people can get to work comfortably and affordably."

He hopes all orders of government will collaborate with business leaders to help ensure downtown remains an attractive place for Edmontonians and visitors to enjoy.

"There's lots of opportunity for us to collaborate and work together to bring the health and personality back to the Edmonton core."