No, mosquitoes can't spread COVID-19. But you should still take precautions. 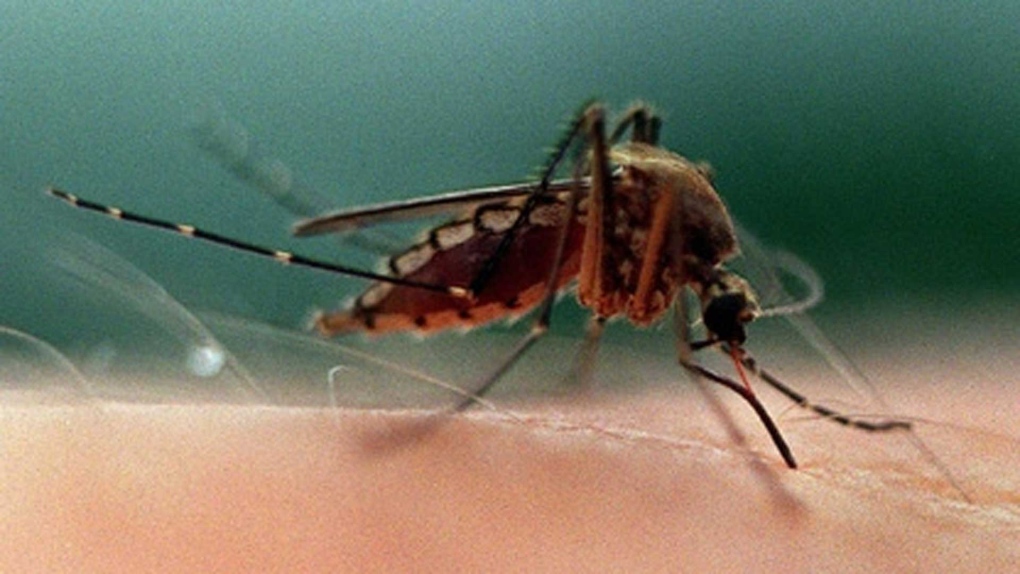 A mosquito bites a human in this file image. (The Canadian Press)

EDMONTON -- Alberta's top doctor says you don't have to worry about catching COVID-19 from mosquitoes this summer.

Chief Medical Officer of Health Dr. Deena Hinshaw commented on the pests on Twitter and in a 3:30 p.m. update Monday.

"There's no evidence that COVID-19 can be spread through mosquitoes," she said. "So that is something that Albertans should not be worried about."

But Hinshaw said other mosquito-borne illnesses like West Nile virus are still of concern in the province.

"All the typical precautions we would recommend, such as wearing mosquito repellent when outdoors, wearing long pants and long shirts if they're going to be in areas where there are lots of mosquitoes," she said. "Those are the kinds of things that would protect Albertans from any kind of mosquito-borne illness."

Health officials also recommend cleaning up puddles or open containers of water near your house as they can be potential breeding grounds for mosquitoes.

While West Nile virus can be relatively mild in some people, in rare cases it can affect the brain or spinal cord, with people over 50 at the highest risk for serious problems.

According to the province, 80 out of 100 people who have West Nile will not display symptoms.

Others will see symptoms including fever, headache, fatigue, loss of appetite, body aches and a rash, usually on the chest, between two to 15 days after they're bitten by a carrier.

There is no current treatment for West Nile virus.