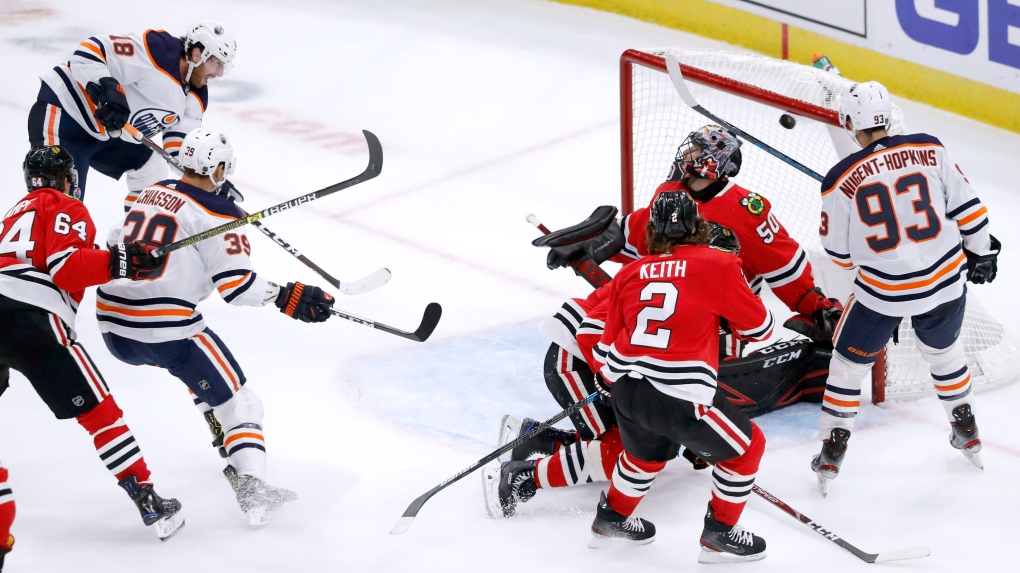 Down 2-0 late in the third period, James Neal scored his sixth power play marker with a little over two minutes to play, for a total of eight goals on the season eclipsing last year’s total of seven with the Calgary Flames.

Leon Draisaitl and Ryan Nugent-Hopkins picked up an assist on the play.

But any hope of a comeback was spoiled by an empty net goal from Chicago’s Brandon Saad with just 33 seconds left in the game.

Mike Smith made 32 saves in the loss.