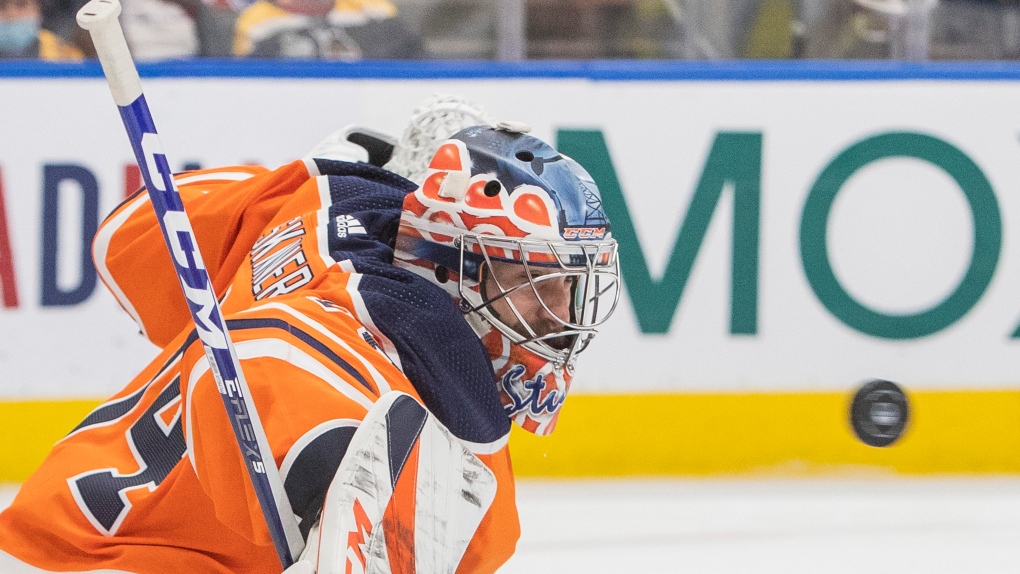 The Edmonton Oilers are facing a crunch in the crease after goaltender Stuart Skinner was placed in the National Hockey League’s COVID-19 protocol on Monday morning.

He started the team’s game on Saturday night, a 6-4 defeat to the Ottawa Senators where the Oilers allowed five goals in the third period.

With Skinner out and Smith questionable to play, veteran Mikko Koskinen is likely to start against the Panthers on Thursday, but hasn’t won any of his last six starts dating back to Dec. 1.

Head coach Dave Tippett says he learned on Sunday night that Skinner would have to enter the protocol.

Ilya Konovalov, a 2019 third-round pick who has yet to make his NHL debut, is the team’s only other healthy goaltender.

The team has now lost 12 of its last 14 games and has fallen out of a playoff spot.

The Oilers don’t return to the ice until Thursday night when they host the Florida Panthers, the NHL’s highest-scoring team and in the midst of a four-game win streak.

A chain of events possibly triggered by unrecognized infection with the SARS-CoV-2 coronavirus could be causing the mysterious cases of severe hepatitis reported in hundreds of young children around the world, researchers suggest.

Desperate U.S. families turn to hospitals when their hunt for formula comes up dry

The baby formula shortage in the United States has meant major stress, inconvenience, and expense for millions of families, but for some children, the hunt for formula has led to the hospital when their families can't consistently find the kind they need.

What options do sellers have now that the housing market is cooling down?