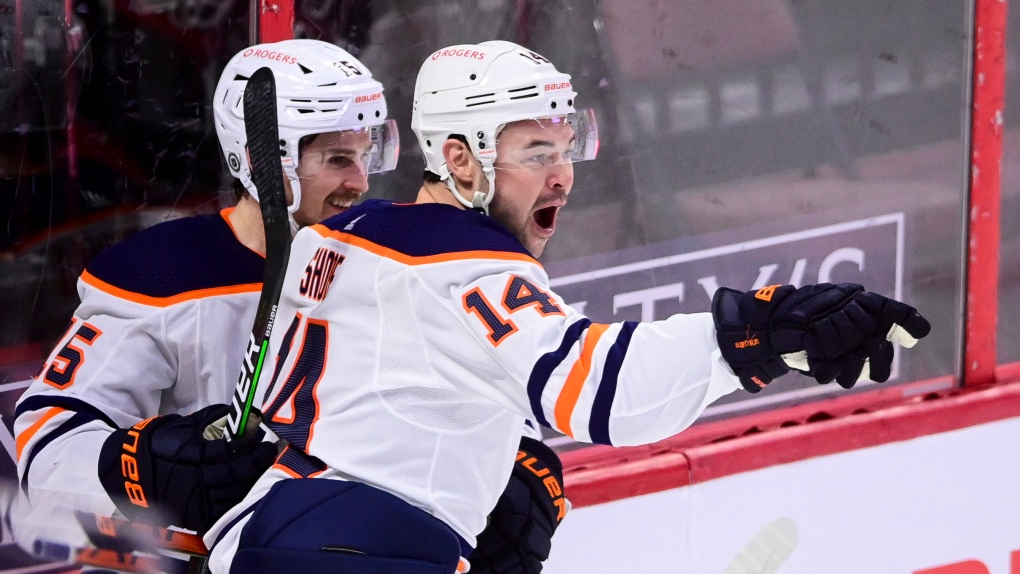 The Edmonton Oilers have signed forward Devin Shore to a two-year contract extension with an annual average value of US$850,000.

The club made the announcement on Wednesday.

The Ajax, Ont., native originally joined the club on a professional try-out (PTO) just prior to training camp in January before going on to sign a one-year, two-way deal worth $700,000 for the 2020-21 season.

Shore appeared in 38 regular-season games and produced five goals and nine points. He also dressed for a pair of playoff games against Winnipeg and recorded one assist.

The 26-year-old Shore was selected 61st overall in the 2012 draft by the Dallas Stars.