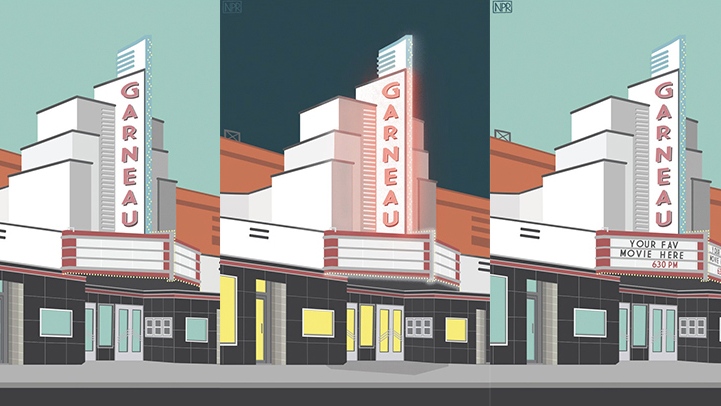 EDMONTON -- With Edmonton's Metro Cinema temporarily closed due to COVID-19, the not-for-profit society is exploring new ways to present indie films and receive support while continuing to remain engaged with the community.

One of the ways you can support the theatre is by doing something most people already do: you can stream their films online.

FANTASTIC FUNGI is back at Metro Cinema!

Enjoy this uplifting documentary from home - rent it for $4.99 USD ot purchase for $14.99 USD! A portion of these fees support your favourite #YEG cinema.

The process is straightforward and has been easy to navigate for customers, he says.

"People can find the films that are available on our home page. They can select a film and see its full details. From there, they can follow the links to our 'Virtual Screening Room' which is a webpage hosted by the film's distributor. That is where you rent the film and view it through the film distributor's streaming app. Fifty per cent of the proceeds go directly to Metro Cinema Society."

Smith is happy with how the screenings have been received.

"The response has been great. People are excited that they still have a way to support local theatres and view a unique selection of indie films that they would otherwise have been able to watch at our theatre."

Coming soon to our virtual cinema: STRAIGHT UP!

Writer-Director-Star James Sweeney delivers a razor sharp rom-com, exploring just how elastic our definitions of love and sexuality can get.

Opening Friday, April 17 - click the link below to stream!https://t.co/3DHHf1nT7u pic.twitter.com/ZtWX6jsduU

In addition to the virtual screenings, there are a few other ways to offer support:

Metro Cinema is my favourite theatre in Edmonton and their temporary closure threatens their future. I want to help so 50% of proceeds from my Garneau Theatre Day/Night and personalized prints will be donated to @themetrocinema this month. https://t.co/1b0eKSyrOW pic.twitter.com/wal2rEsE8M

"This will be a weekly curated package of films selected by our programming team. Each week will be a new pair of films with a thoughtful curatorial theme. It will work a little differently than the virtual screening rooms in that you will purchase a ticket through our own website and will then receive a link and password to view the film for a specific evening."

He says it will be launching soon.

A previous version of this article referred to the upcoming series as Metro Shorts rather than the correct title of Metro Selects.