Pedestrian in critical condition after hit-and-run in Spruce Grove: RCMP 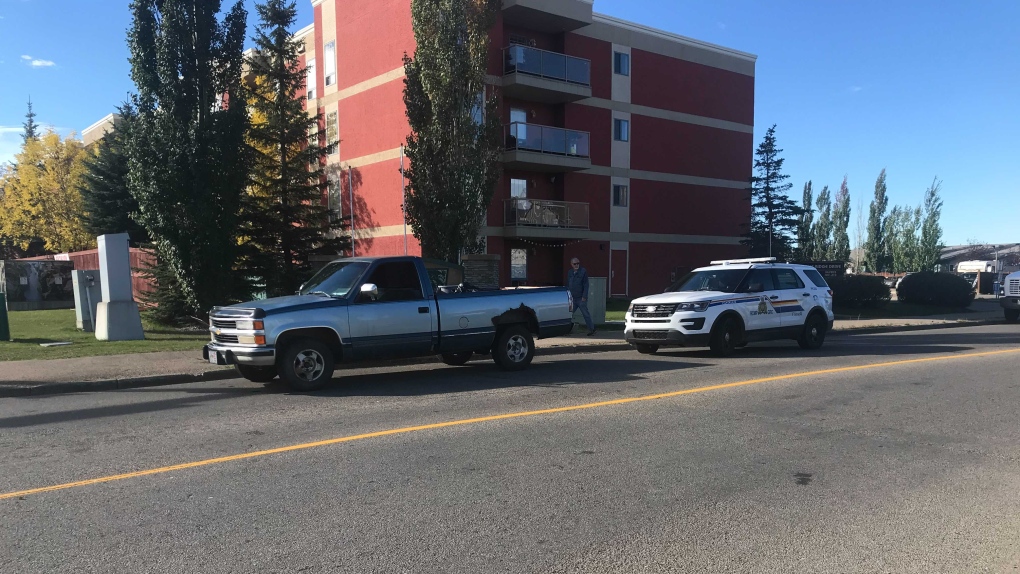 A pedestrian was injured in a hit-and-run in Spruce Grove and later died in hospital.
Edmonton -

Police are trying to locate a stolen vehicle after a hit-and-run in Spruce Grove Friday morning.

Just before 7:30 a.m., Parkland County RCMP received a report of a stolen vehicle from a residence in the Springwood Way neighbourhood.

A person at the home followed the stolen vehicle before an interaction occurred near Jennifer Heil Way and Spruce Ridge Road, Mounties said.

During the interaction the person who followed the vehicle was hit and the driver the scene in the stolen truck. They were last seen heading east on Hawthorne Gate, police said.

The male victim who was hit was taken to a local hospital in critical condition.

Anyone with information is asked to contact Parkland County RCMP or Crimestoppers. Traffic in the area is being re-routed as the RCMP Collision Analyst investigates.