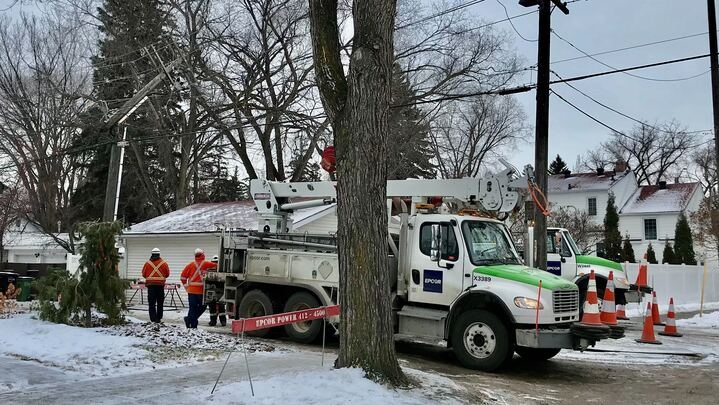 A power outage in the neighbourhoods surrounding Groat Road lasted past noon on Tuesday, leaving some residents and businesses without power for hours and putting to sleep the area's traffic lights.

"There is a collision at 107 Ave and 124 St. Drivers should avoid the area, as traffic remains disorganized," a police spokesperson said.

"Motorists are reminded that when traffic lights are not functioning, they are to treat the intersection as a four-way stop and proceed with caution."

EPCOR originally estimated service would be restored at 10 a.m. but later extended the timeframe. As of noon, crews had restored power to most of the customers. Power was still out in Glenora, where an estimated 150-some customers would be without power until 3 p.m.

A blown transformer at 135 Street and 102 Avenue damaged a power pole and cable there, causing the outage.

U.S. President Joe Biden responded to a question about inflation on Monday by calling a Fox News reporter a vulgarity.

At-home testing for coronavirus? Here's why you should keep pets away

Self-testing COVID-19 rapid antigen tests authorized by Health Canada for purchase and use by the general public contain very low quantities of ingredients that are potentially harmful in larger amounts.