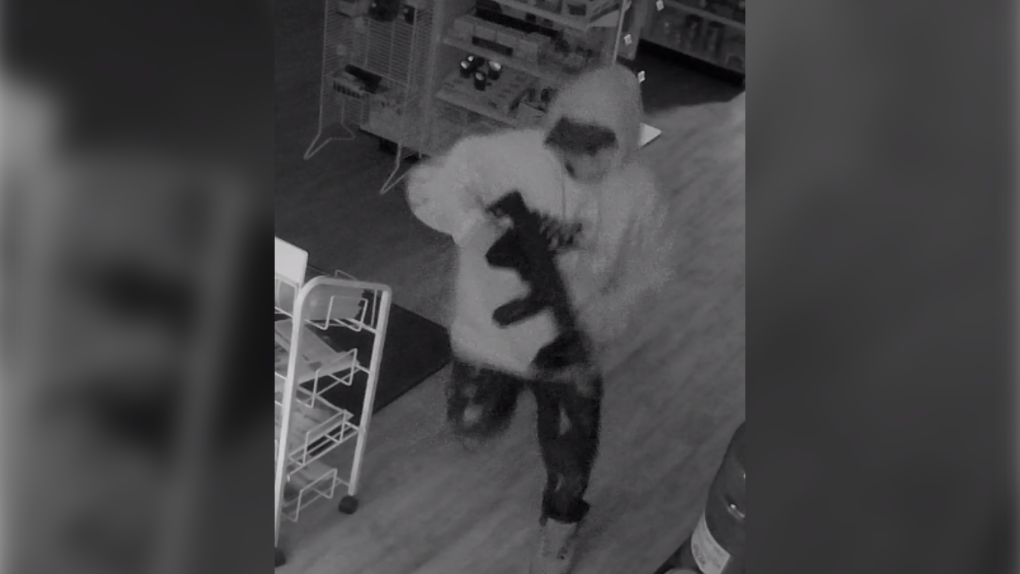 RCMP officers are asking for the public's assistance identifying two male suspects who broke into a central Alberta pharmacy and stole "numerous medications."

In a release sent Friday, Mounties said two males broke into a pharmacy in Two Hills, Alta., at around 4:15 a.m. on Nov. 12.

Police believe one of the suspects was armed with a firearm. According to RCMP, surveillance footage shows the robbers arrived in a white, four-door pickup truck.

Two Hills is a town approximately 137 kilometres east of Edmonton, at the junction of highways 45 and 36.

NEW | Nearly 60 per cent of Canadians find it difficult to feed their families, poll finds

A new poll has found that nearly 60 per cent of Canadians are having a hard time providing enough food for their families.

Meat Loaf, 'Bat out of Hell' rock superstar, dies at 74

Meat Loaf, the heavyweight rock superstar loved by millions for his 'Bat Out of Hell' album and for such theatrical, dark-hearted anthems as 'Paradise by the Dashboard Light,' 'Two Out of Three Ain't Bad,' and 'I'd Do Anything for Love (But I Won't Do That),' has died.

Turmoil and confusion over whether truckers would remain exempt from the vaccine mandate last week stemmed from bureaucrats misinterpreting policy in more than one federal agency, including the one that co-ordinates Canada's response to the COVID-19 pandemic, according to Canadian Press sources.

Across Canada a blend of optimism and caution is emerging as provinces and territories revise their strategies for riding out the latest wave of the pandemic.

As he starts his second term as UN secretary-general, Antonio Guterres said Thursday the world is worse in many ways than it was five years ago because of the COVID-19 pandemic, the climate crisis and geopolitical tensions that have sparked conflicts everywhere -- but unlike U.S. President Joe Biden he thinks Russia will not invade Ukraine.