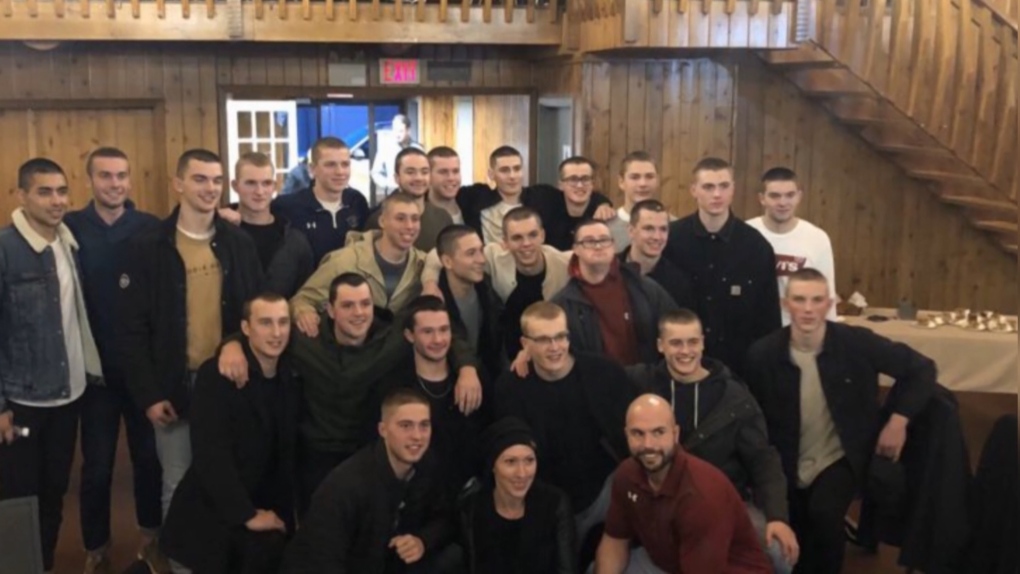 The Red Deer Rebels came together to support one of their own as a team. Oct. 9, 2019. (CTV News Edmonton)

RED DEER -- When one of their own didn't feel comfortable coming to a team event, the Red Deer Rebels knew they had to step up.

"We're a family around here, and anything we could do to just make one of our family members feel more at home is something we would do 100 times over," said defenceman Dawson Barteaux.

However, it wasn't for one of the players—it was for Assistant Coach Brad Flynn's fiancee, Christine. The new mom was diagnosed with cancer in April and is currently undergoing chemotherapy, so the players decided to show their support for her by shaving their heads.

"They knew it would be tough for her to come to a big function and be going through the changes she's going through physically, but they thought it would be a little bit easier for her if she had a lot more people in common with short hair and it was and it went along long way for her," said Flynn.

"I know Christine was going through a lot, and she wasn't really up for coming to a team event that night, but as soon as she seen what we did, she was all for coming and that's a huge reaction," said Barteaux.

There was no doubt in the players mind that this how they wanted to show their support.

"Everybody was right into it, nobody was against at all, which was awesome. It's fun too. We're a really close group of guys this year, one of the closer groups we've had in the last few years," said Tarzwell.

Then, following a road game where the team returned at 3 a.m., the team took stone step further and surprised the couple at the CIBC Run for the Cure. 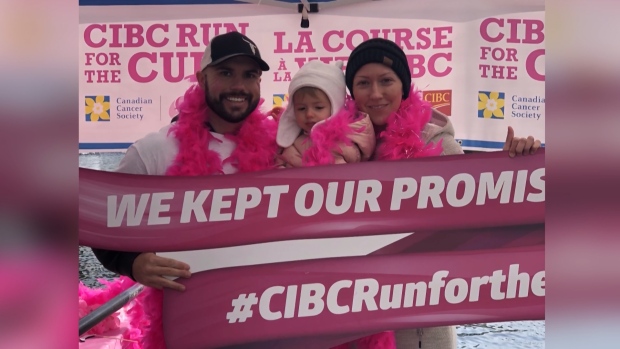 "It's those small things, the kindness, it really verifies to me that this organization is more about just hockey and that Brent Sutter and the whole organization develops good people, and that was what was really emotional for me," said Flynn.

The acts of kindness have brought the team closer than ever.

"I think in sports now there is always different clichés and names for teams; it's a group, it's a culture, it's this, it's that. At the end of the day, they became family," said Flynn.

Christine had surgery earlier this year to remove the cancer. She now has one chemotherapy session left before she begins radiation in the hopes it doesn't return.

"She's very motivational to me and inspiring and extremely strong and she found a lot of inner strength that she didn't know she had before," Flynn said.