Taxidermied animals were seized from a south Edmonton home Friday by Alberta Fish and Wildlife.

Officers were seen hauling out a stuffed owl among other items from a home on Prowse Lane in the city's Paisley neighbourhood.

Three Alberta Fish and Wildlife trucks and one trailer were stationed outside of the home most of Friday morning.

An item that appeared to be a horn or tusk was also spotted through a garage door. 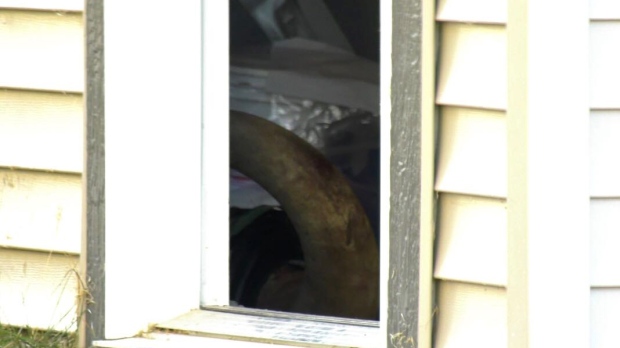 Officers at the scene would only say the investigation was related to taxidermy.

"It's interesting, you never see any weird animals going in and out," said Dahlman. "It's pretty quiet."

The officers moved out at around noon. Multiple attempts to speak with the people inside the home went unanswered.

A spokesperson for Alberta Justice and Solicitor General confirmed it was conducting an "active investigation" and could not share any further information.