EDMONTON -- The Red Deer community and medical professionals hosted a candlelit service on Friday in memory of Walter Reynolds, the husband, father and doctor killed in his own clinic on Monday.

Reynolds' wife, Anelia, and his two daughters were not expected to be in attendance but issued a statement prior to the vigils.

"The girls and I would like to thank the community for their outpouring of support for our great loss. We ask for privacy during this tragic time," she said.

His sister-in-law Jonine Mostert spoke at the vigil on behalf of the family.

“Dr. Walter Reynolds was an extraordinary human being. He was amazing. I had the privilege of knowing Walter as part of our family for 19 years,” she said.

“Walter knew from a very young age that he wanted to be a doctor. Always wanted to help people, that’s just the way he was.” 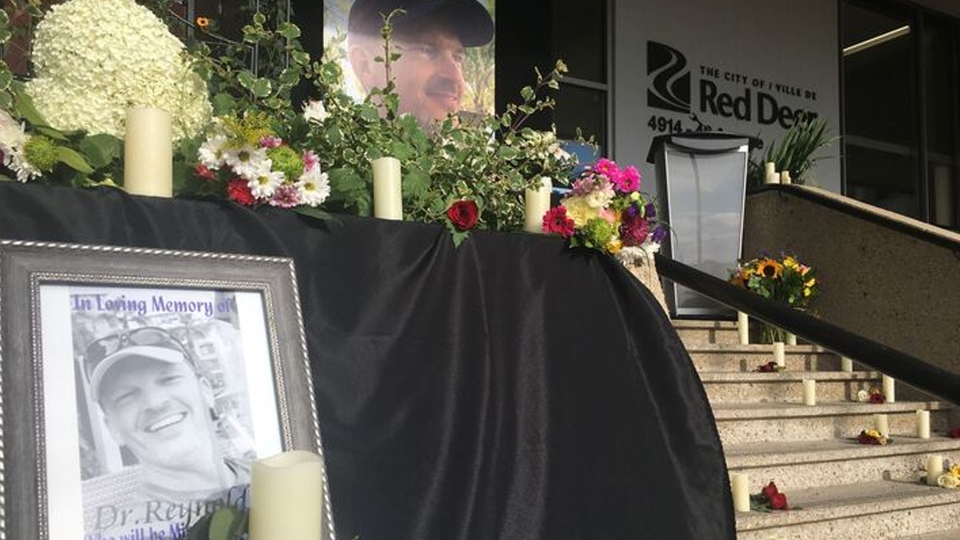 That sentiment was echoed by a patient of Reynolds, Alejandra Rojas, who told the story of how she connected with Reynolds as a fellow immigrant, and how he wrote a letter for her to immigration to help her stay in Canada.

“He was humble, caring and always understanding. Very patient and always trying to find a solution for everything,” she said.

Hundreds of people in masks turned out at Red Deer city hall for the vigil. 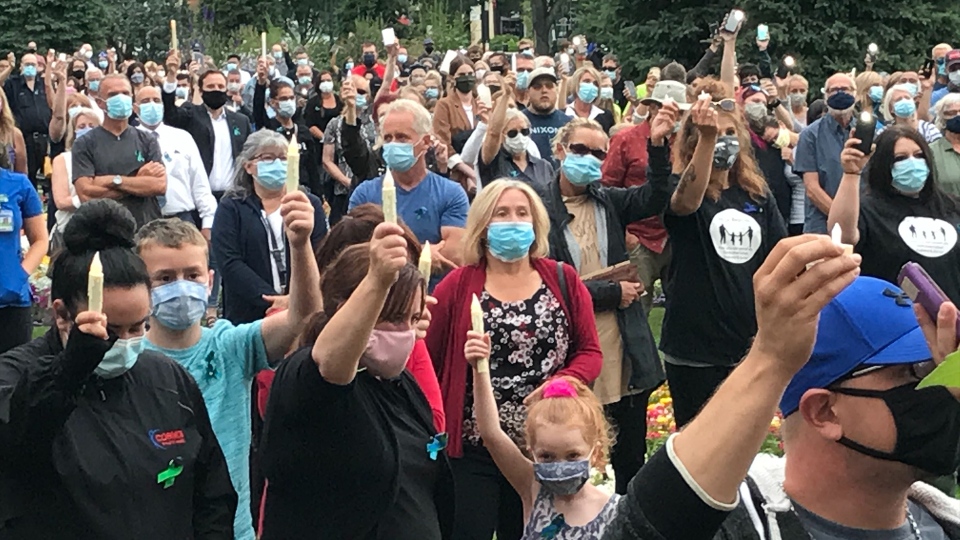 “Words cannot express how grateful we are,” Mostert said. “Red Deer, you have engulfed my family in your support and love.”

At the same time as the vigil in Red Deer, a memorial was held simultaneously at Sir Winston Churchill Square in Edmonton by the Edmonton Zone Medical Staff Association.

Organizers asked anyone attending to wear a mask and either bring a candle or download a candle app.

At both vigils, members of the medical profession wore their white lab coats, or white outfits to pay tribute to Reynolds profession.

Current public health orders in Alberta restrict outdoor gatherings to 200 people, and the EZMSA said it will be counting attendance.

Reynolds, 45, was killed Aug. 10 during a brutal attack at his walk-in clinic at Red Deer’s Village Mall.

Police say the attack was targeted, and 54-year-old Deng Mabiour, a Red Deer resident, has been charged with first-degree murder.

Blue and green ribbons – the same colours of the Red Deer Primary Care Network – were handed out in Reynolds’ memory at the Friday service. Officials said 1,600 ribbons were handed out.

“I think it represents family physicians in Red Deer that are all part of one body, we stand together through thick and thin, that we all support each other in our daily work, and also in times of crisis,” Dr. Peter Bouch said Thursday.

“He was a great family man and a great physician.”