Slick roads a factor in 4-vehicle crash on Yellowhead Highway 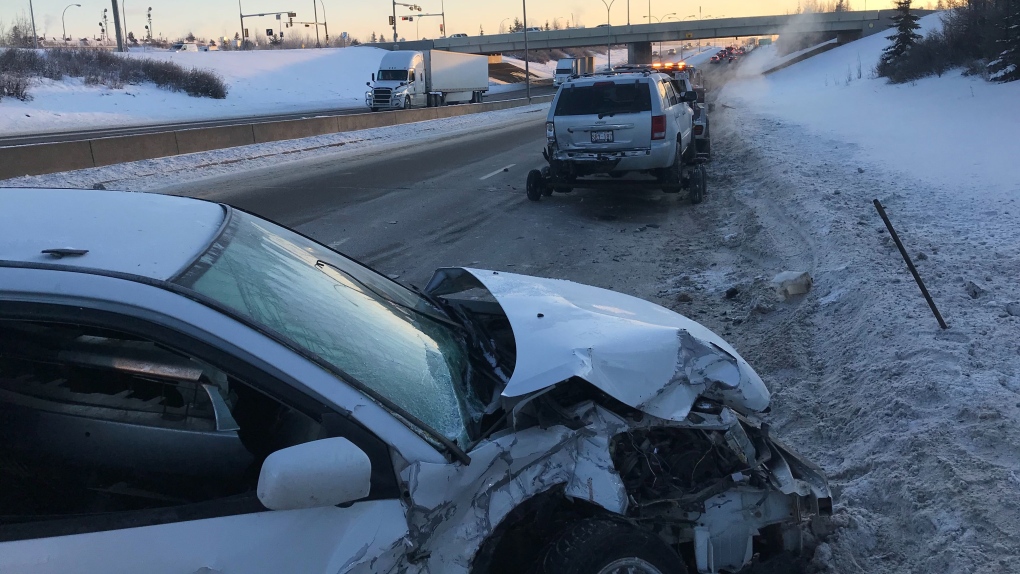 One person was taken to hospital and three vehicles were damaged in a four-vehicle crash on the Yellowhead Highway Tuesday, Feb. 18, 2019. (CTV News Edmonton)

EDMONTON -- One person was taken to hospital Tuesday morning following a four-vehicle crash on the Yellowhead Highway.

The crash occurred in eastbound lanes of the highway at 50 Street.

It's unclear what happened, but three vehicles were damaged so badly they needed to be towed away.

One person was taken to hospital for precautionary reasons.

Road conditions were definitely a factor, according to police at the scene, saying roads were as slick as ice.

It was just one of a number of collisions around the city amid an extreme cold snap. 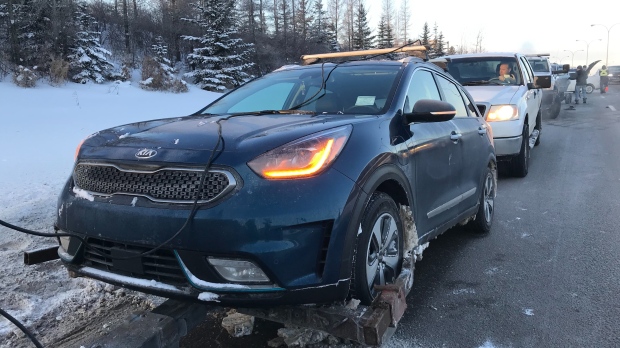 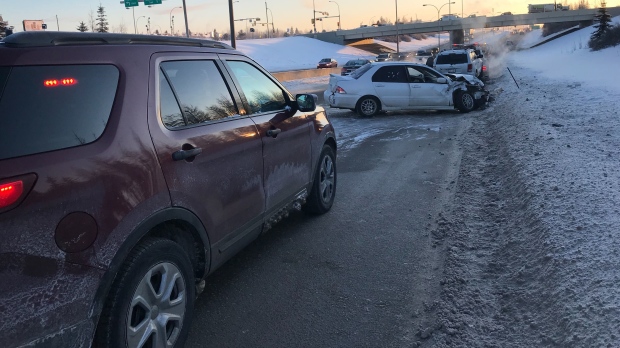