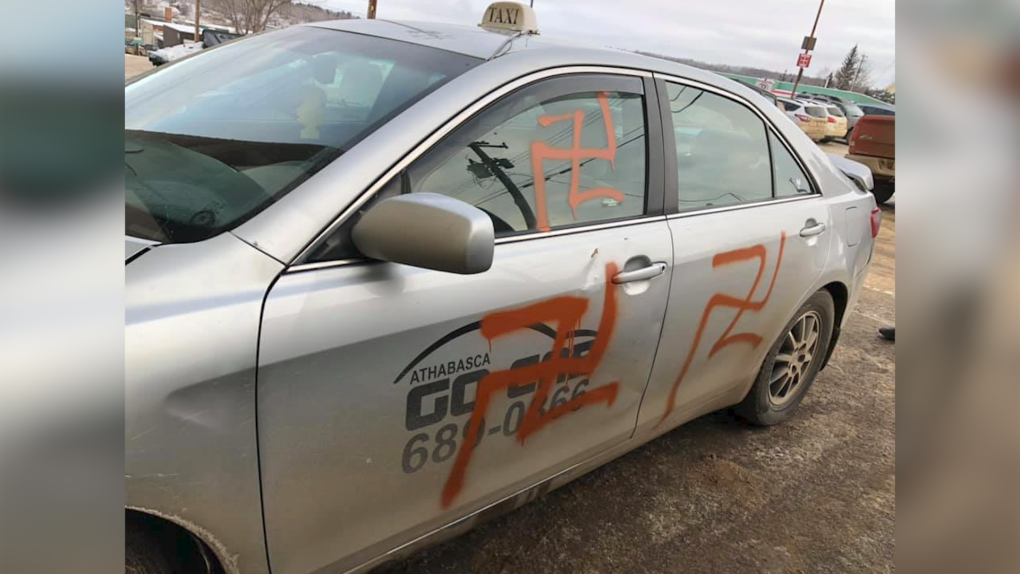 EDMONTON -- The owner of Athabasca Go Cab received an unwelcome surprise Tuesday morning when a company vehicle was vandalized with swastikas.

“I don’t know what to say to be honest,” said Ryan Hamzeh, owner of Athabasca Go Cab. 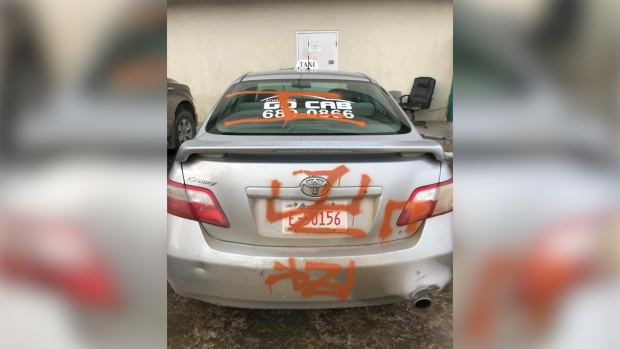 “It is (shocking), especially in a small town, this community is so lovable and amazing … but some people ruined the image of the community by doing that kind of stuff.”

Hamzeh said the driver reported the vandalism to the police but they were unable to provide any assistance.

This isn’t the first problem his company has had with vehicles being vandalized recently according to Hamzeh.

“Last month the lug nuts got loosened on the wheels (of a cab), but I’m not sure if this is related.”

Hamzeh also said that while other businesses in Athabasca have had vandalism issues with vandalism, he doesn’t know of any other racist incidents like this.

“I just hope the cops and the government will put more effort into this because the thefts and the vandalizing are happening like crazy. (The criminals) they don’t even get a slap on the wrist or anything.”

Hamzeh said last year the ATM at his business was stolen and so far no suspects have been arrested. He added that he's grateful for his community's support

“We live in a great community, the support we get has been unbelievable.”

In a Facebook post Hamzeh has offered a reward for information that leads to the vandals being caught.