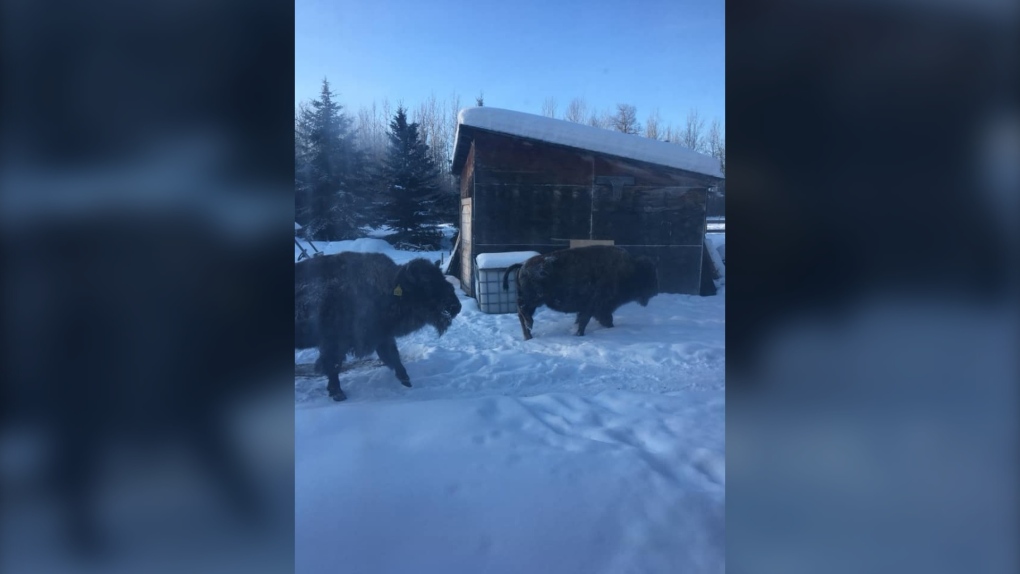 EDMONTON -- A herd of bison roaming rural western Alberta has mostly been rounded up, with the exception of three stubborn beasts still wandering free.

The trio of bison were last spotted about 25 kilometres north of Beaverlodge in the Valhalla, Alta. area, according to RCMP.

Drivers in the area are being asked to keep on the lookout for bison on roads.

511 Alberta reported that the livestock were seen on Highway 59 near Valhalla Centre at around 10:50 a.m. Thursday.

Fifteen of the massive animals escaped a trailer at a Husky gas station in the Village of Hythe, about 49 kilometres north of Grande Prairie Tuesday night.

Mounties suspect they jimmied open a side trailer door before hoofing it.

"The owner is involved with the roundup," said RCMP spokesman Cpl. Ronald Bumbry, adding he didn't have details as to when or where the other 13 bison were captured.

A day earlier, many in Hythe posted photos of the bison running loose, and Hythe Regional School even cancelled outdoor recess out of precaution.

RCMP confirmed there have been no traffic-related incidents involving the animals.