Tony Cashman gets new plaque at city park named after him 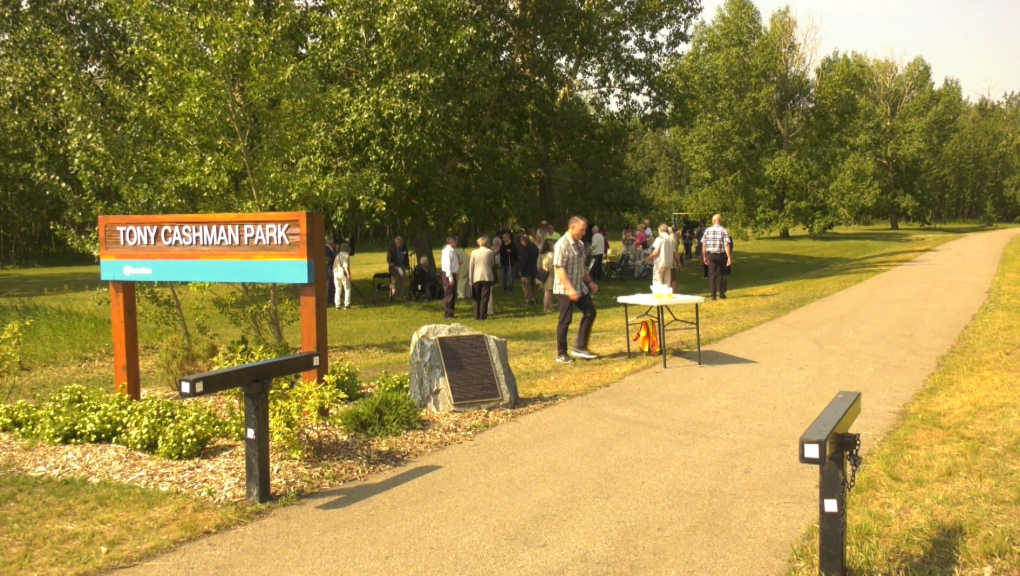 A storyteller, historian, and radio personality will have an Edmonton park named after him.
EDMONTON -

A storyteller, historian, and radio personality now has a new plaque at the park named after him.

Born on April 29, 1923, Tony Cashman is the author of over 15 books and 10 Edmonton Fringe Festival plays. He is described as an author who brings “Edmonton’s past to life.”

“He did a total of 700 and something stories over 10 years. They were enormously popular because Edmonton was a very small dot on the map of Canada. There weren’t that many people that were talking about Edmonton stories,” said his son, Paul Cashman.

After working at numerous media outlets, Tony retired in 1984 but continued writing and producing plays.

“He has collaborated with hundreds of people who want to talk about Edmonton history or Alberta history,” he said.

Some of his accomplishments include:

“He thought it would be neat that people who came to the park would get to learn a little bit about him and maybe become interested in Edmonton’s history themselves,” said the son.

The son would like to thank those who supported his father over the years. Those who bought Tony’s books and listened to his playwrights gave the author “the audience he always wanted.”

Paul says it was Edmonton’s unique people that inspired his father’s story-telling.

“He was always more so interested in the stories. He despised the memorization of dates in history and names. He thought it was always best told through the point of view people who lived at the time,” he said.

Tony Cashman Park is located at 103A Street and 16 Avenue SW.

The United States has reached another grim milestone in its fight against the devastating COVID-19 pandemic: 1 in 500 Americans have died from coronavirus since the nation's first reported infection.

'We need to bend that curve': Alberta could transfer ICU patients to Ontario as hospitalizations near 900

How realistic are campaign promises around electric vehicles?

The Liberals, NDP and Conservatives all have platforms that call for a shift to electric vehicles in the next 15 years, but it’s going to take a massive shift in consumer buying and ramped up investment in charging stations to make that possible, experts say.