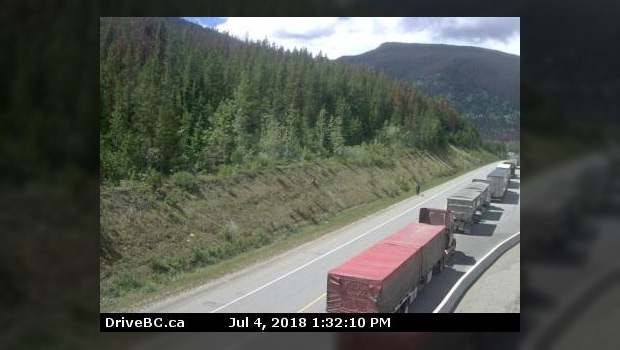 Two people are dead after a two-vehicle collision on a Jasper highway Wednesday.

Multiple RCMP detachments responded to the collision on Highway 16, in the British Columbia side of Jasper, at 9 a.m.

Cst. Mike Halskov said the crash occurred at 7 a.m. when an eastbound Jeep hauling a trailer crossed the solid line into the westbound lane and hit a Honda Civic.

There were three people in the Honda Civic, and two of them were killed, police said. It’s unclear whether anyone in the Jeep sustained injuries.

A semi-trailer hit a rock face in an attempt to avoid the crash. The driver is OK, RCMP said.

The fatal collision is under investigation.