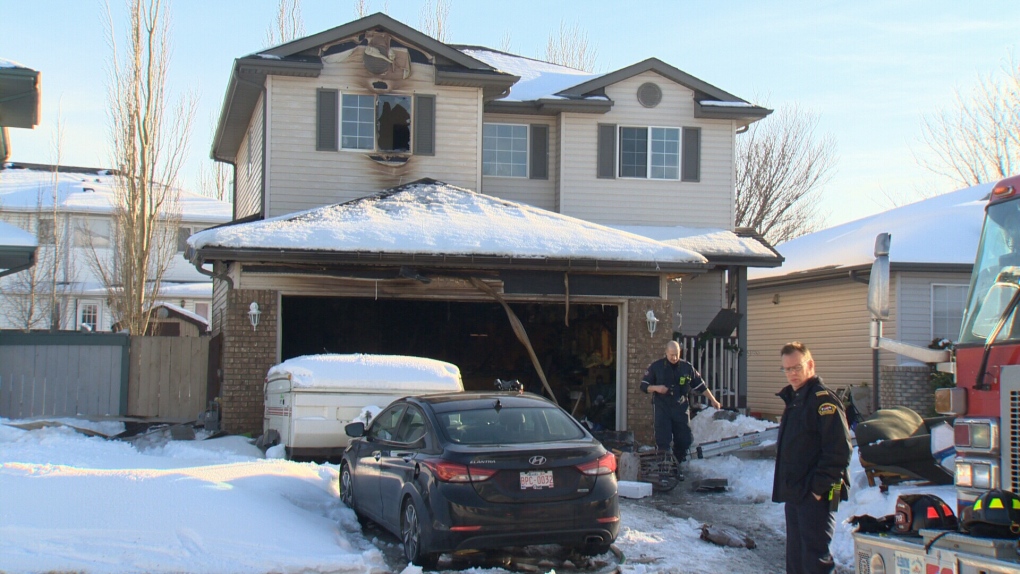 Firefighters were called to a home on 128 Street near 160 Avenue for a garage fire.

Two people suffered unknown injuries after firefighters were called to a northwest neighbourhood for a garage fire Sunday afternoon.

Edmonton Fire Rescue Service was originally called about heavy smoke coming from a garage on 128 Street near 160 Avenue.

Two residents of the home were taken to hospital with unknown injuries.

Weiss said the fire was under control within 10 minutes.

“The fire did not extend into the house. There was a little bit of damage to the exterior of the house, from the garage, but it was contained just to the garage,” Weiss told CTV News.

Investigators had not yet determined the extent and cost of the damage.