'Very heavy week': 12 funerals for people who died of TB after graves discovered

'Very heavy week': 12 funerals for people who died of TB after graves discovered 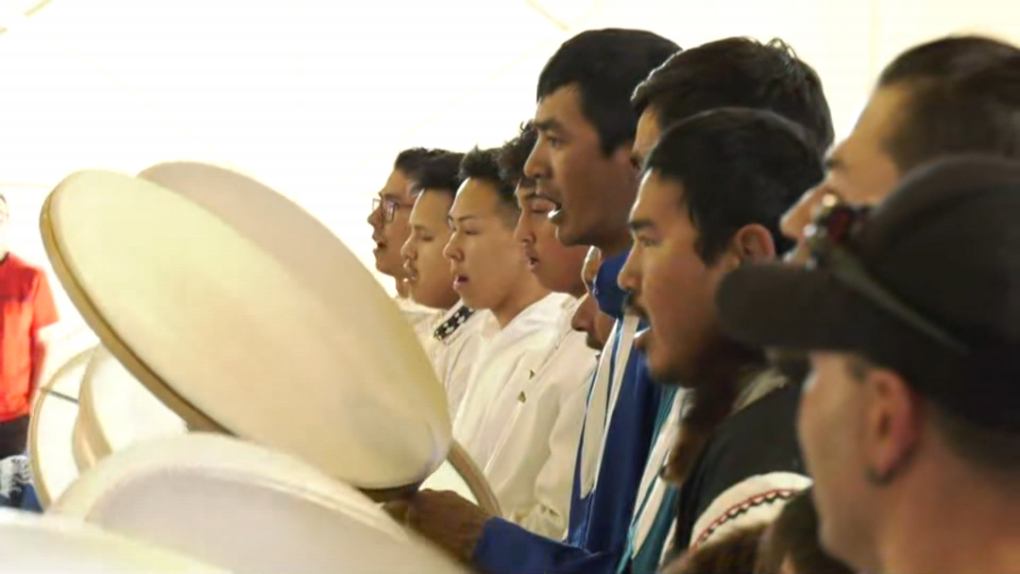 The Inuvialuit Regional Corporation celebrated the lives of 12 people who died of tuberculosis between the 40s and 60s after discovering their graves. (Galen McDougall/CTV News Edmonton)

Twelve people who died during the tuberculosis epidemic between the 40s and 60s were given proper funerals in the Edmonton area over the past few days.

The Inuvialuit Regional Corporation (IRC) found and identified the burial sites of a dozen people who died due to TB and arranged funerals to celebrate their lives and give closure to their families.

The chair and CEO of IRC told CTV News it's been a "very heavy week."

"Sixty years or so for people wondering where your family member was."

The brother of a man buried in St. Albert said it felt good to put his relative to rest.

In a release, the IRC said many Inuit died of tuberculosis and were buried in cemetaries near hospitals without the family's knowledge of their death or burial site.

IRC partnered with the federal government for the project.