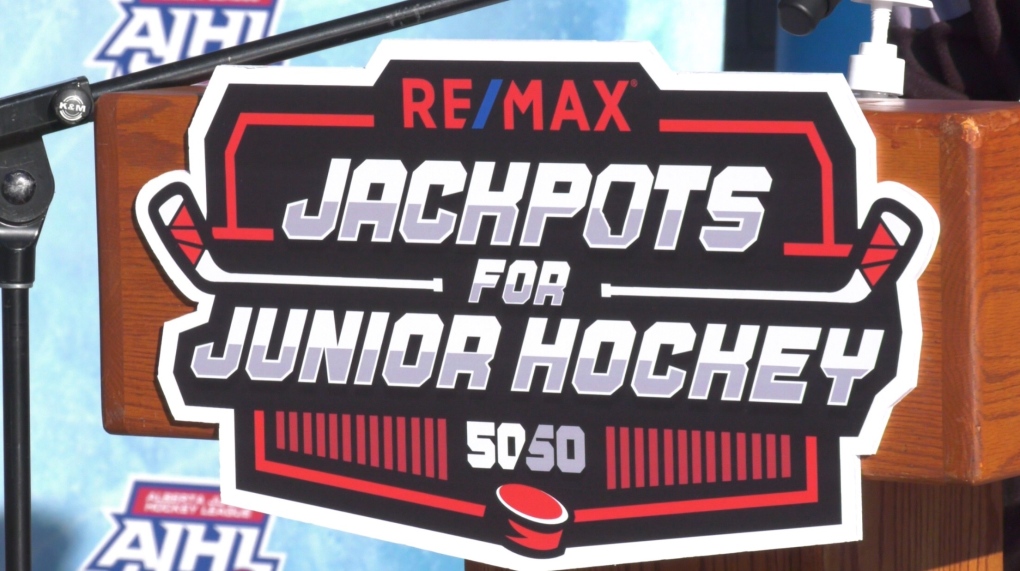 EDMONTON -- Alberta’s junior hockey leagues will have the ability to sell online 50/50 tickets to fans in an attempt to stay afloat during the pandemic, the province announced Monday.

The Jackpots for Junior Hockey initiative will offer a weekly online jackpot in March with proceeds shared by five WHL teams and 15 AJHL teams.

Both the WHL and AJHL have been granted permission to return to play in Alberta in the coming weeks, but since fans are not allowed to attend, the leagues need some way to generate revenue.

“This is a vital step that will help see junior hockey keep going on in Alberta,” said Minister of Culture Leela Sharon Aheer, who said the campaign was made possible through policy amendments made by Alberta Gaming Liquor & Cannabis (AGLC).

According to a government news release, the teams must share a portion of the proceeds received from the jackpots with local charities, but it did not say how much.

More than 90 per cent of WHL revenues traditionally came from game ticket sales, he said.

“We’re a fan-dependent league,” said Robison. “All of the expenses are now borne by the ownership of those teams."

Last week, the AJHL received permission from the province to restart its 2020-2021 season, beginning next month, under various COVID-19 protocols.

“From an ownership perspective, we feel it’s important to ensure junior hockey age athletes can continue playing high performance hockey, as these are critical years for them determining our future,” said Dan Leckelt, governor of the Spruce Grove Saints.