Zoo employee hit by vehicle discharged from hospital, still in a lot of pain: family 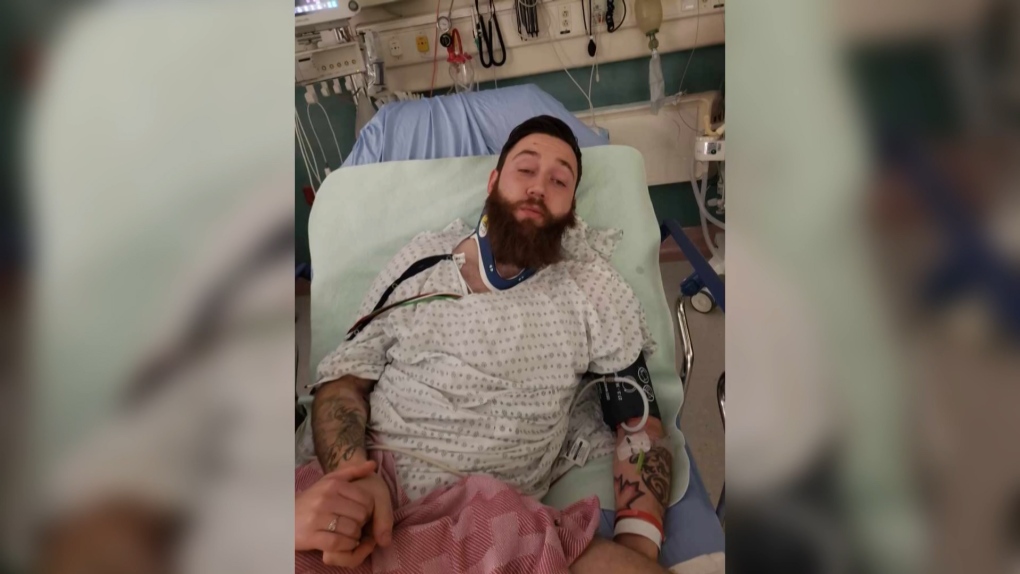 Adam Fortier, a zookeeper at the Edmonton Valley Zoo, was hit by a vehicle in the parking lot and is recovering in hospital. Dec. 11, 2019. (Rachell Fortier)

EDMONTON -- A zoo employee who was the victim of a hit-and-run at the venue's parking lot two days ago was released from hospital on Thursday.

Adam Fortier's mother, Rachell Fortier, told CTV News Edmonton he'll be staying with family until he's well enough to be on his own again.

Next week, they'll meet with an orthopedic surgeon to discuss his shoulder injury.

"He is still in significant amounts of pain and discomfort," Rachell said.

She added police have not provided any updates in his case.

According to Edmonton Police Service, Adam, a zoo employee, approached two vehicles that were "driving erratically" in the parking lot on Tuesday.

One of the vehicles hit him.

Adam suffered two fractures in his neck and a concussion.

Both vehicles fled the zoo, police said. Family and witnesses believe the car that hit Adam is a 2010 or newer dark grey BMW 535I, and said before it fled, the driver also hit a post and likely sustained damage.